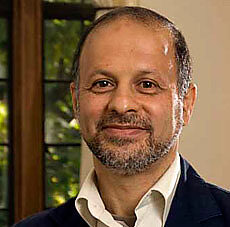 Akbar Ganji, an Iranian writer and journalist who spent 6 years in a Tehran prison for advocating a secular democracy and exposing government involvement in the assassination of individuals who opposed Iran's theocratic regime, has been named the 2010 winner of the Cato Institute's Milton Friedman Prize for Advancing Liberty.

Ganji may be best known for a 1999 series of articles investigating the Chain Murders of Iran, which left five dissident intellectuals dead. Later published in the book, The Dungeon of Ghosts, his articles tied the killings to senior clerics and other officials in the Iran government, including former President Ali Akbar Hashemi Rafsanjani.

The Dungeon of Ghosts became a national bestseller and is believed to have helped bring about electoral defeats for conservative candidates in the parliamentary elections of 2000. Upon returning from a conference in Berlin shortly after the elections, Ganji was arrested for spreading propaganda against the Islamic system and "damaging national security." He was eventually sentenced to six years in prison, much of it spent in solitary confinement.

"Akbar Ganji endured immense suffering fighting for the cause of liberty in Iran," said Edward H. Crane, president of the Cato Institute. "Considering what he went through, no one would have blamed him for giving up, but he continued to think and write about ways to make Iran a better place for his people, risking his personal freedom and safety with every word."

Ganji was able to complete significant written work while in prison, including his Republican Manifesto, a six-chapter manual for a full-fledged democracy in Iran, which was smuggled out of his prison cell piece by piece and widely distributed. Included in his list of prerequisites for what he called a "developmentalist-democratic government" were the "presence of a free civil society, a relatively independent political society, effective enforcement of laws regarding all citizens, positive functioning of bureaucracy, a pluralist economy, regular and just elections, respecting human rights, independent press free from government control and an independent judiciary."

He undertook a hunger strike during his last year in prison, which helped activate international human rights groups and Nobel Laureates to his cause, but got little attention in Iran due to heavy press censorship. 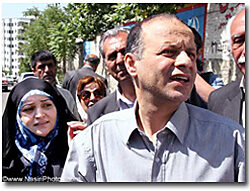 Ganji was released from prison in March of 2006 and left Iran shortly thereafter. Many countries around the world offered him honorary citizenship, and he traveled extensively, giving talks promoting democracy in Iran and exposing major human rights abuses by the Iranian government. Despite his battle with Iran's theocracy, Ganji remains steadfastly opposed to military action by the United States in both Iran and Iraq, saying "you cannot bring democracy to a country by attacking it."

Ganji now lives in New York. His first book in English, The Road to Democracy in Iran, was published in April 2008. He was chosen to receive the award through a public, worldwide nomination process.

The members of the 2010 International Selection Committee:

Established in 2002 and presented every two years, the Milton Friedman Prize for Advancing Liberty is the leading international award for significant contributions to advancing individual liberty. Nobel Laureate economist Milton Friedman passed away in November of 2006.