This is an online‐​only event. We will be taking questions from Twitter using #CatoDrugWar. Follow @CatoEvents on Twitter to get future event updates, live streams, and videos from the Cato Institute.

Featuring Colleen Cowles, JD, author of War on Us: How the War on Drugs and Myths about Addiction Have Created a War on All of Us; moderated by Jeffrey A. Singer, MD, Senior Fellow, Cato Institute.

Given current concerns about the COVID-19 virus, this event will only be available online. Cato is not hosting live audiences for events. Click the Live Webcast button below to register for the event and receive a reminder email prior to the start time. 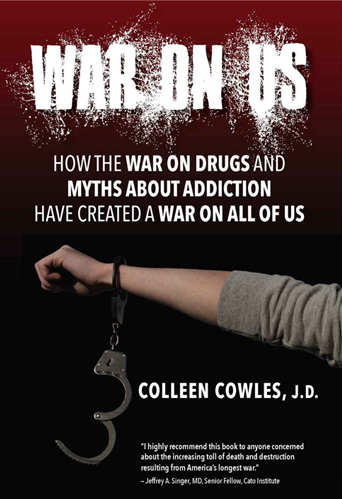 Fifty years after President Richard Nixon declared a “war on drugs” and implemented the Controlled Substances Act (and over a trillion taxpayer dollars later), the United States has the highest drug‐​use, overdose, and incarceration rates in the developed world. Nearly half of all federal prisoners are serving time for drug‐​related crimes. The war on drugs denies proven, safe pain relief to patients with severe illnesses or chronic pain. It empowers law enforcement to break down the doors of innocent people. It triggers shooting wars between rival drug‐​dealing gangs, killing children in the crossfire. It empowers the Drug Enforcement Administration to surveil patient medical records, jeopardizing privacy and the patient‐​doctor relationship. It has empowered the U.S. government to use asset forfeiture law to seize more assets from its citizens than the amount stolen in all reported burglaries combined.

In War on Us: How the War on Drugs and Myths about Addiction Have Created a War on All of Us, author Colleen Cowles provides a comprehensive, evidence‐​based examination of the war on drugs and all its victims, clarifies common misconceptions of drug use and addiction, and offers a blueprint for reform.

Join us Wednesday, March 18, 2020, as Cowles discusses her important and powerful book.