April 27, 2007, will mark 13 years since the African National Congress came to power in South Africa. During that time, the ruling party’s share of the vote has increased from 62 percent to 70 percent. Tony Leon, the outgoing head of the Democratic Alliance and leader of the opposition in Parliament, has fought to legitimize the role of the opposition in the political system dominated by the ANC. He has also criticized the ANC for its failure to tackle crime, poverty, unemployment, and the AIDS epidemic. Please join us to hear him reflect on his years in Parliament and on the state of democracy in South Africa. 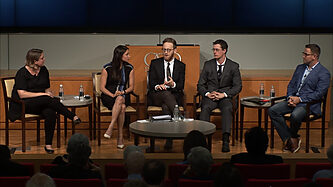 Will Social Media Save Democracy?