Should the Anti‐​Ballistic Missile Treaty Be Scrapped?

The 1972 anti‐​ballistic missile treaty between the United States and the Soviet Union severely restricts the fielding of missile systems designed to defend the nation against an attack by nuclear‐​armed, strategic ballistic missiles–that is, national missile defense systems. The Clinton administration has signed agreements that rejuvenate and expand the treaty. Proponents of the ABM treaty argue that it remains the cornerstone of nuclear stability. Opponents of the treaty argue that it is a relic of the Cold War, prevents the United States from adequately defending itself against a missile attack, and should be scrapped. 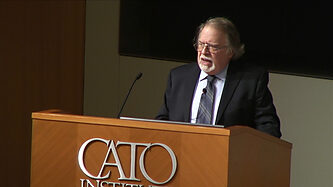