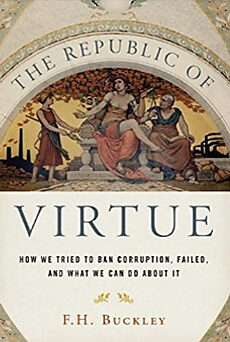 Public corruption is the silent killer of our economy. We’ve spawned the thickest network of patronage and influence ever seen in any country, a crony capitalism in which business partners with government and transfers wealth from the poor to the rich. This is a betrayal of the Framers’ vision for America, and of the Constitution they saw as an anti corruption covenant. This state of affairs repels many Americans, a response that explains the otherwise improbable rises of Donald Trump and Bernie Sanders. But what can be done to counter corruption? Congress has passed two major campaign finance laws in recent decades and established a government office of ethics. Both have serious flaws and hardly seem equal to the task. Are there other possibilities? Join us for an insightful examination of American government today and its prospects for the future.