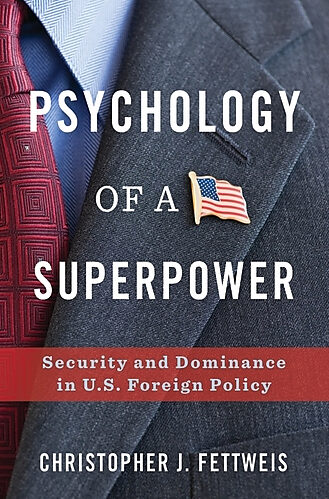 In his new book, Psychology of a Superpower: Security and Dominance in U.S. Foreign Policy, Christopher Fettweis draws on insights from psychology and concludes that, to a considerable degree, American arrogance, self‐​infatuation, insensitivity to others, threat exaggeration, and illusions about its capacities, indispensability, and benevolence derive from the fact that it is (or thinks it is) number one.

He also considers the prospect of the end of unipolarity, offering a challenge to widely held perceptions of American indispensability and asking whether the unipolar moment is worth trying to save.