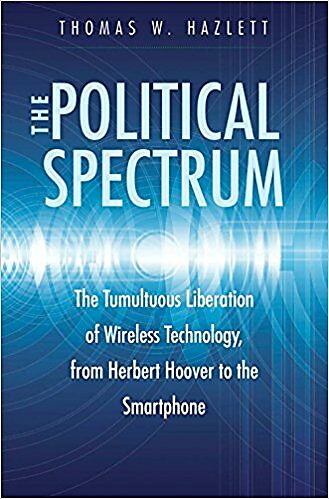 Popular legend has it that before the Federal Radio Commission was established in 1927, the radio spectrum was in chaos, with broadcasting stations blasting powerful signals to drown out rivals. Tom Hazlett, a distinguished scholar in law and economics and former chief economist at the FCC (the commission’s successor), debunks that idea. Instead, regulators blocked competition at the behest of incumbent interests and, for nearly a century, have suppressed innovation while quashing out‐​of‐​the‐​mainstream viewpoints.

Hazlett details how spectrum officials produced a “vast wasteland” that they publicly criticized but privately protected. The story twists and turns, as farsighted visionaries — and the march of science — rose to challenge the old regime. Over decades, reforms to liberate the radio spectrum have generated explosive progress, ushering in the “smartphone revolution,” ubiquitous social media, and the amazing wireless world that is now emerging. Still, Hazlett argues, and current FCC controversies confirm, the battle is not even half won.