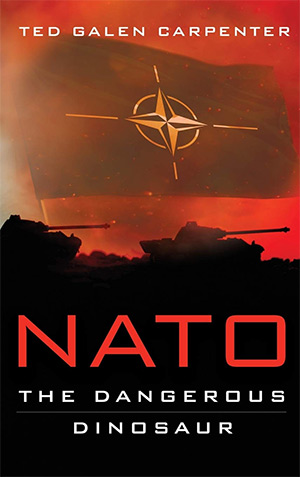 Donald Trump’s presidency has triggered a growing debate on both sides of the Atlantic about the future of the North Atlantic Treaty Organization (NATO) and U.S. policy regarding the alliance. In NATO: The Dangerous Dinosaur, Ted Galen Carpenter outlines how NATO in its current form has outlived its purpose, and burden sharing is only part of the problem. Continuing to expand NATO eastward, encroaching on Russia, will only endanger the alliance. Join us as the author offers his insights on the problems with the trans-Atlantic alliance and how to approach it going forward.