The Moral Implications of Deficits, Debt, and the Budget Battles Ahead

With deficits, debt, and budget battles dominating our politics for the foreseeable future, and much of the debate centering on what to do about the entitlements that are consuming ever‐​greater portions of the federal budget, more questions are arising about the social contract, the nation’s first principles, and the moral issues that are just below the surface in the budget battles. Amitai Etzioni, for example, wrote recently in Dissent that many of the cuts being proposed for our social safety nets are “highly immoral” since there are numerous ways in which they can be avoided. More recently still, Roger Pilon argued in the Wall Street Journal that the federal budget itself is infused with immoral provisions that not only are unconstitutional but have brought on these deficits and debt. Please join us for what should be a lively debate over contrasting visions of where we go from here. 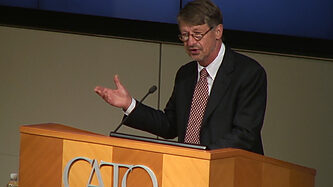