Just Give Us the Data! Prospects for Putting Government Information to Revolutionary New Uses

For all the change information technology has brought to society, the government sector lags behind in part because access to good data is lacking. A stable of private, non‐​profit, and volunteer efforts promise revolutionary change once they can access standardized, structured, and open government data. President‐​Elect Barack Obama made transparency a signature issue in the Senate, and talk of a “chief technology officer” in his administration often turns to whether that role might be as much a “chief transparency officer” What are the possibilities for open government data? What are the needs of the data user community? And what are the impediments to getting the data out there so that revolutionary change can get underway 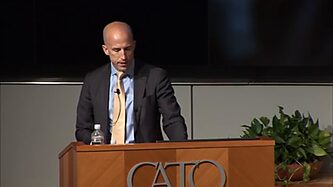