HATE: Why We Should Resist It with Free Speech, Not Censorship 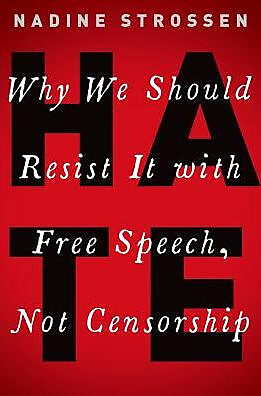 America’s Founders placed freedom of speech at the head of the Bill of Rights, yet we still struggle to protect it. In fact, it was not until the 20th century that our courts began to develop a systematic jurisprudence against attacks on speech. In recent years, however, ill‐​defined “hate speech” has been a particular target—especially on the nation’s campuses, where one would expect speech to enjoy the greatest protection. In her closely argued new book, Nadine Strossen has given us a powerful and incisive defense of even the speech that most offends, carefully distinguishing what should and should not be protected. Her mission, she writes, is to refute the argument that the United States should follow the lead of many other nations and adopt a broad concept of illegal hate speech. In the process, she demonstrates not only that doing so would violate our fundamental principles, but also that it would do more harm than good. Please join us for point and counterpoint on one of the most pressing free speech issues of our day.