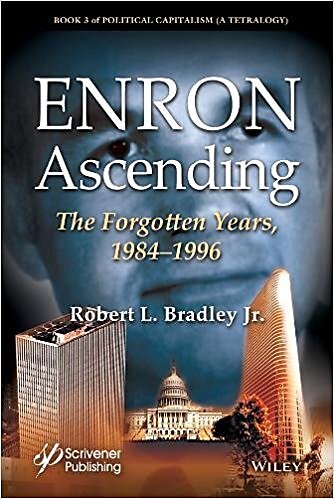 Now, in Enron Ascending: The Forgotten Years (1984–1996), Bradley identifies a broader context for political capitalism—“contra-capitalism,” a repeating syndrome that links rent‐​seeking with corporate deceit and personal violation of bourgeois virtues.

From this new perspective, Bradley rebuts both the charge that corporate scandals reflect badly on capitalism and the apologia that they are merely committed by capitalism’s “bad apples.” As an alternative, Bradley lays out a well‐​developed mirror image of contra-capitalism—a suite of behaviors consistent with classical‐​liberal teachings for business management.