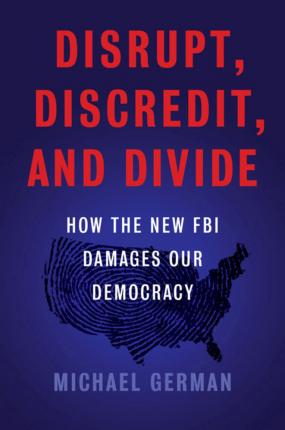 Almost 50 years after his death, the legacy of FBI Director J. Edgar Hoover remains very much alive, according to 16-year FBI veteran Michael German in his new book, Disrupt, Discredit, and Divide: How the New FBI Damages Democracy. Just as Hoover exploited fears of communist infiltration of American institutions, his successors at the FBI in the post-9/11 era have exploited fears of Salafist terrorism to “shed the legal constraints” imposed on the bureau in the wake of Hoover-era civil rights abuses. Does Congress have the will to rein in the FBI? How should political activists respond to these increased threats to their constitutional rights?

Join us as an expert panel talks with German about his book on FBI domestic surveillance and disruption activities in the era of endless war.