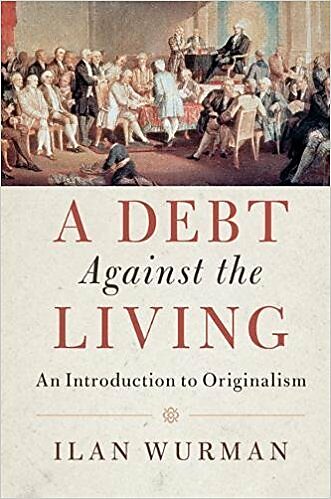 Thomas Jefferson famously wrote that the earth belongs to the living. His letter to James Madison is often quoted for the proposition that we should not be bound to the “dead hand of the past,” suggesting that the Constitution should instead be interpreted as a living, breathing document. Less well known is Madison’s response, in which he said that the Constitution forms a debt against the living, who take the benefit of it. This debt, Madison claimed, could only be discharged by a kind of originalism. Who is right? Thomas Jefferson or James Madison? Please join us for a conversation with Ilan Wurman, author of the forthcoming book A Debt Against the Living: An Introduction to Originalism, to discuss this and many other questions. Stanford law professor and former federal judge Michael W. McConnell has described the book as the first “to explain to the ordinary citizen—free from what the late Justice Antonin Scalia called ‘jiggery pokery’—what it means to understand the Constitution as enduring law rather than politics by a different name.” All are welcome, but interns, law students, and potential law students may be particularly interested.

A discount code for online pre‐​orders will be given out at the event.