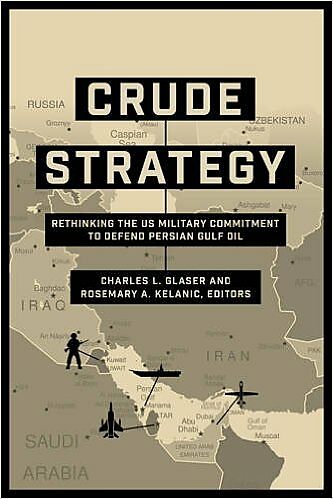 Should the United States continue to use its military to guarantee the flow of oil from the Persian Gulf?

For more than 30 years, U.S. foreign policy has been shaped by a commitment to safeguard the flow of oil from the Persian Gulf. Yet profound changes in international oil markets, growth in domestic U.S. energy production, and dramatic shifts in the Middle Eastern balance of power suggest that it may be time to reconsider whether this commitment is still warranted.

In Crude Strategy, a multidisciplinary team of political scientists, economists, and historians set out to explore the links between Persian Gulf oil and U.S. national security. Their essays explore key questions such as the potential economic cost of disruption in oil supply, whether disruptions can be blunted with nonmilitary tools, the potential for instability in Saudi Arabia, and the most effective U.S. military posture for the region.

By clarifying the assumptions underlying the U.S. military presence in the Persian Gulf, the authors conclude that the case for revising America’s grand strategy towards the region is far stronger than is commonly assumed.

Please join us for a discussion of this fascinating topic.