Seven weeks into nationwide shutdowns, people are feeling restless. Have some governors and mayors gone too far, as a constitutional matter, in telling people to leave public parks, roping off “nonessential” goods in big‐​box stores, and other examples that have gotten national attention? What about prohibiting gatherings that exceed some maximum number of people but enforce social‐​distancing norms? Now that the debate has shifted to “opening up,” what legal considerations should state officials be taking into account? Can we be required to wear masks in public? For that matter, even if the president doesn’t have total authority to decide when to reopen, does the federal government have a role to play beyond pushing the Centers for Disease Control and Prevention and the Food and Drug Administration on the development of tests and vaccines? Should there be different treatment of people in or from hot spots such as New York City, either by other states or the federal government? Please join constitutional scholar Randy Barnett, in conversation with Ilya Shapiro, for an online forum to discuss these and other issues. 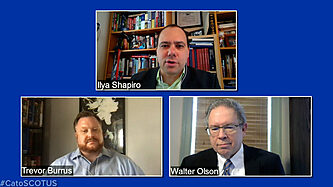 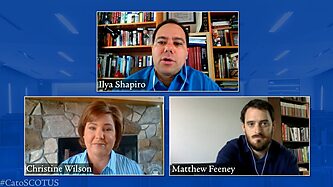 Constitutional Issues in an Unusual Year