If you can’t make it to the event, you can watch it live online at www​.cato​.org/live and join the conversation on Twitter using #ConservatarianManifesto. Follow @CatoEvents on Twitter to get future event updates, live streams, and videos from the Cato Institute. 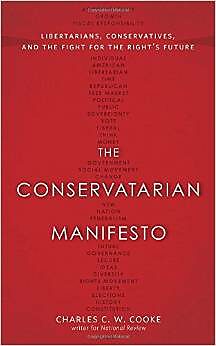 Are libertarians and conservatives just variations of the same ideological species, or do they represent unique and separate philosophical traditions? One of National Review’s founding editors, Frank Meyer — father of Federalist Society president Eugene Meyer — called for a synthesis of the traditionalist and libertarian strains within the magazine’s followers. This “fusionism” animated Cold War conservatism and influenced the likes of Barry Goldwater and Ronald Reagan. Decades later, facing a very different electoral landscape, another National Review staffer, Charles C. W. Cooke, hopes to get the band back together again. But does the political calculus still work? Can there be a marriage of convenience when the issues that strain the would‐​be alliance — gay marriage, immigration, the drug war, foreign policy — are as salient to many voters as issues that would cement it? With the 2016 election season already underway, please join us for a spirited discussion of The Conservatarian Manifesto and decide for yourself whether conservatives and libertarians should work closely to advance their common goals.