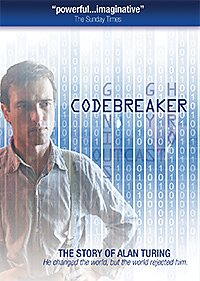 Alan Turing set in motion the computer age and his World War II codebreaking helped save two million lives. Yet few people have heard his tragic story, or understand how repressive laws ended the life of this celebrated scientist. In 1954, Turing committed suicide at age 41 after being forced to undergo chemical castration because he was gay. What else might Turing have accomplished if society had embraced his unique genius instead of rejecting it? And what else is lost when societies choose to stifle individuality rather than let humans and their accomplishments flourish?

Please join us for a screening of Codebreaker, the award‐​winning drama‐​documentary that tells the story of one of the 20th century’s most influential minds. After the screening, filmmaker Patrick Sammon will discuss the making of the film and answer questions.