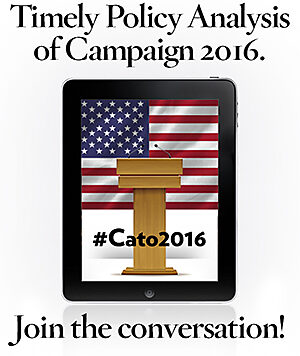 The second of these debates will feature those candidates who place in the top 10 of an average of the five most recent national polls, as recognized by FOX News, leading up to the debate. The remainder of the field will participate in an earlier debate at 5:00 p.m. EST.

Cato scholars will be on hand to live‐​tweet the debate, bringing insightful commentary and hard‐​hitting policy analysis to the discussion. Join the conversation on Twitter using #Cato2016