Business and the Roberts Court 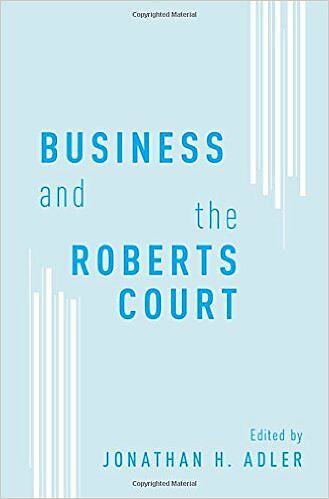 Is the Supreme Court “pro‐​business?” That’s a claim often heard from critics of the Roberts Court, now circulating once more amid a likely battle over the confirmation of a successor to the late Justice Antonin Scalia. But what does the claim mean? Does it charge the Court with ruling wrongly in favor of business litigants, with shaping legal doctrine in unprincipled ways, or with something else? In Business and the Roberts Court, Professor Jonathan Adler assembles essays from scholars who consider how and whether Roberts Court decisions can or cannot be fairly deemed favorable to business. One pattern is that this Court follows doctrinal commitments — in areas from free speech to federalism to employment and securities law — that sometimes though not always coincide with the interests of producers and employers in the national economy. As the Senate considers President Trump’s nomination of Neil Gorsuch to the vacant seat on the Court, join us for a book forum on one of the most important elements of Chief Justice John Roberts’ rule — and Antonin Scalia’s legacy.