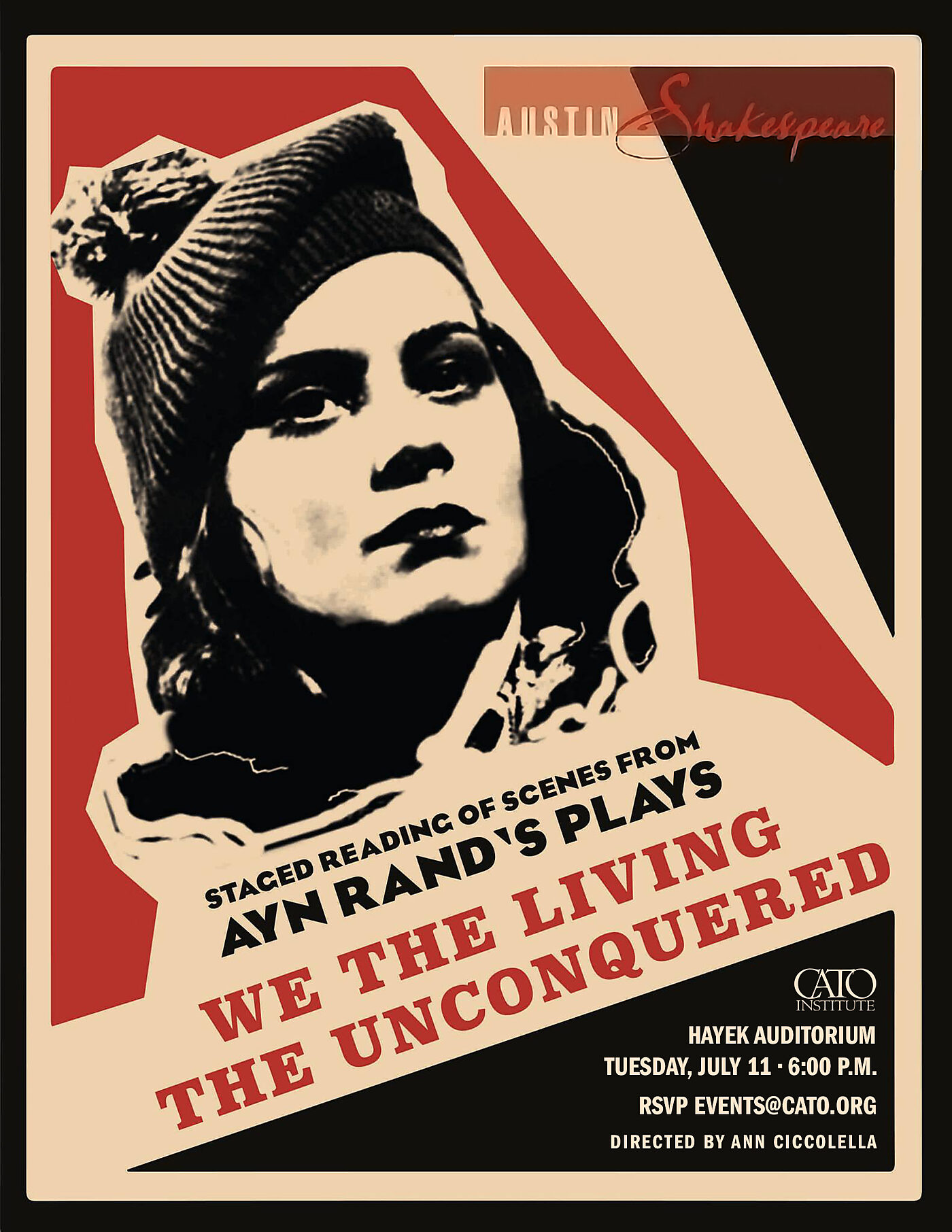 Ayn Rand’s first novel, We the Living, is a captivating story set in 1920s Russia about students trapped in a communist state. As Rand said, “We the Living is not a story about Soviet Russia in 1925. It is a story about Dictatorship, any dictatorship, anywhere, at any time.” With new authoritarian challenges to liberal democracy arising throughout the Western world, its ideas are as timely as ever. The theatrical company Austin Shakespeare will present a staged reading from The Unconquered, Rand’s play from the book edited by Robert Mayhew. A panel discussion on its themes of individualism, authoritarianism, and threats to liberty will follow.