Architect of Prosperity: Sir John Cowperthwaite and the Making of Hong Kong 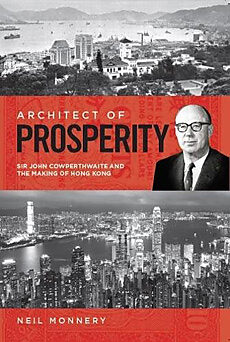 At the end of the Second World War, Hong Kong lived up to its description as “the barren island.” It had few natural resources, its trade and infrastructure lay in tatters, its small manufacturing base had been destroyed, and its income per capita was less than a quarter of its mother country, Britain. But by the time of the handover of Hong Kong to China in 1997, it was one of the most prosperous nations on Earth. By 2015, its GDP per capita was more than 40 percent higher than Britain’s. How did that happen? Around the world, postwar governments turned to industrial planning, Keynesian deficits, and high inflation to stimulate their economies. The government of Hong Kong rejected this emerging global consensus. The colony’s laissez‐​faire policies were implemented by a handful of civil servants, the most important of whom was John Cowperthwaite, deputy and then Financial Secretary of the colony between 1951 and 1971. He, more than anyone, shaped the economic policies of Hong Kong and set the stage for the territory’s remarkable transformation. Our videos showcase Monnery’s examination of Cowperthwaite’s life and ideas.