America’s Top Models: Can the Nation’s Best Charter Schools Be Brought to Scale?

Founded by Ben Chavis in 2006, American Indian Public Charter School is already the fourth highest performing public high school in California. Its students are almost all African American or Hispanic, and poor. The Knowledge is Power Program (KIPP) network of public charter schools, the focus of Jay Mathews’ book, raises its mostly low‐​income students from far below the national average in academic performance to well above it, in just four years. It has already expanded to serve 20,000 children in 82 locations around the country.

Are these schools really as good as they seem? If so, can they be imitated or replicated on a mass scale, as President Obama and education Secretary Arne Duncan hope? And what ever happened to the greatest public school success story of the last generation, Jaime Escalante, who, along with his ultra‐​high‐​achieving low‐​income Hispanic students, inspired the movie Stand and Deliver?

Please join us in a conversation about two of America’s most striking models of educational excellence, and the prospects for bringing them to a mass audience. 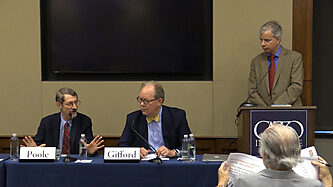