President Trump pulled the trigger on a tweet, again. The targets were Mario Draghi, the President of the European Central Bank (ECB), and the euro. The President claims that Draghi and the ECB are manipulating the euro to weaken it against the greenback. According to the President, this is “making it unfairly easier for them to compete against the USA.” And what’s more, Trump claims that “They have been getting away with this for years, along with China and others.”

The idea that weak currencies give a country’s businesses and industries a competitive edge against their counterparts located in countries with stronger currencies is widely held by businessmen — like President Trump. But, when it comes to international economics and currency exchange rates, most businessmen are clueless. President Trump is not alone.

Instead of relying on fantastic theories spun by the President and other businessmen, let’s take a look at the evidence and the facts.

Switzerland has the world’s fourth most competitive economy (the United States holds down the top spot), according to the World Economic Forum’s Global Competitiveness Report 2018. Switzerland didn’t reach the top five by devaluing the Swiss franc. Indeed, since the Bretton Woods system of pegged exchange rates collapsed in 1973 and exchange rates became “flexible,” the Swissie has been the world’s strongest currency. The chart below shows the appreciation of the franc against the greenback. 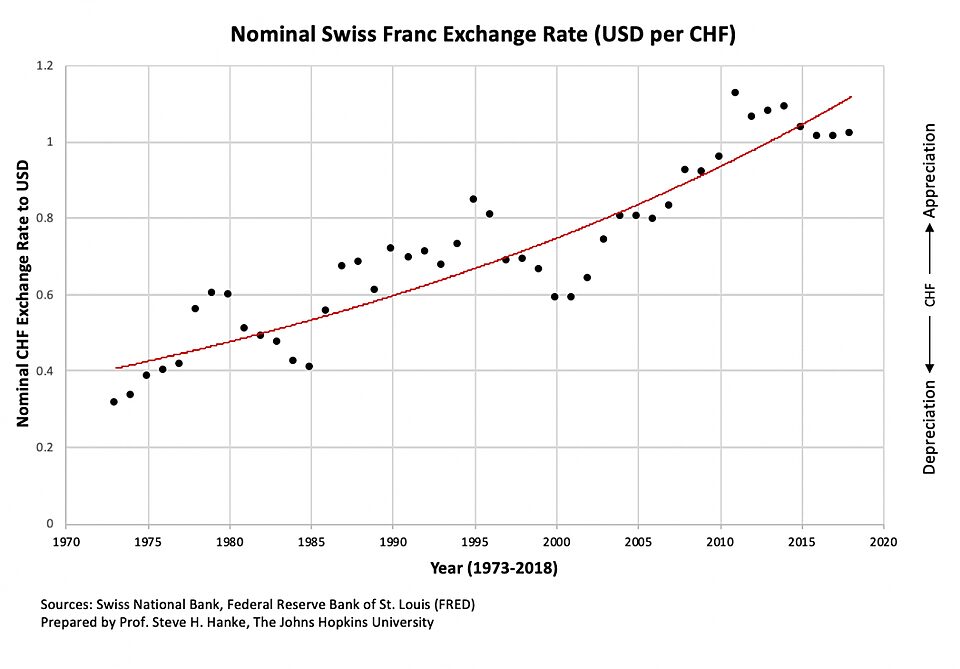 If we adjust the exchange rate for inflation differentials between Switzerland and the U.S. to determine a real exchange rate, the picture is the same. The Swissie has appreciated against the greenback (see the chart below). 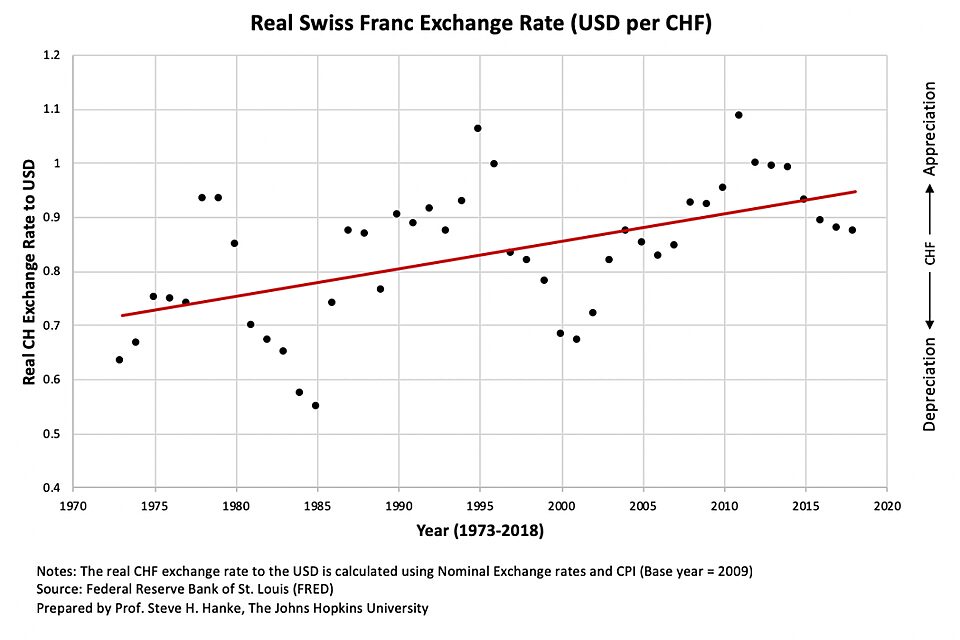 Just why does the evidence from Switzerland fly in the face of President Trump’s wrongheaded ideas? For those who study competitiveness and trade, the answer is clear. When businesses anticipate a “strong” domestic currency, they never become hooked on the phony notion that a “weak” currency will bail them out and somehow make them more competitive. No. Instead, they focus on their knitting and the quest for increasing the productivity of their businesses. Faced with the expectation of a strong currency, they know that the name of the “competitiveness game” is productivity.

Contrary to President Trump’s tweets, an ever-appreciating currency is a sign of health and enhanced competitiveness. The evidence from Switzerland supports this, and so do data from a more broadly-based sample of countries.

One of the topics that Jack and I focused on over our lunch in Zurich was the widely held notion that devaluations are an economic elixir. He had just finished analyzing the relationship between average rates of currency depreciation against the U.S. dollar and real GDP growth for 42 countries in the 1992-95 period. These countries included the four Asian Tigers and selected emerging countries in Asia, Latin America, Eastern Europe, Southern Europe, the Middle East, and Sub-Saharan Africa.

As the chart below shows, the evidence fails to support the idea that currency depreciations boost growth. Indeed, Tatum found just the opposite: currency appreciations are associated with stronger growth. 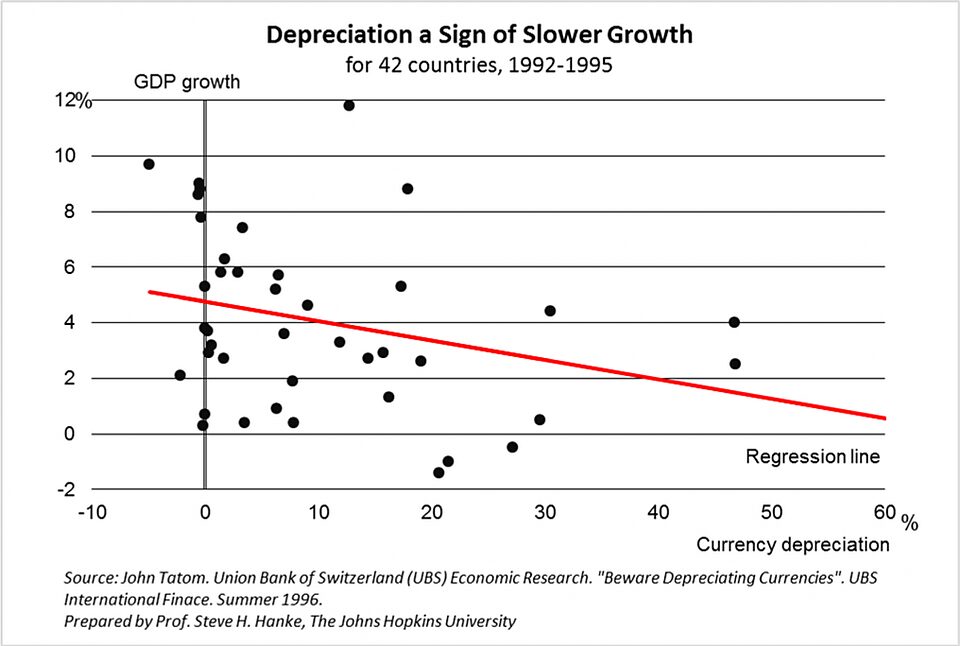 The data speak loudly. President Trump, are you listening?