South Africa held local elections last week. The African National Congress, which has dominated South Africa’s politics since the first all‐​race democratic elections in 1994, has suffered its worst result yet. While the party polled at more than 50 percent nationally, the ANC lost majority control on city councils in Pretoria, the country’s capital, Johannesburg, the country’s economic powerhouse, and Port Elizabeth. If the ANC fails to entice other parties into forming governing coalitions at the local level, control of some of South Africa’s main cities will pass to Democratic Alliance, an opposition party that has, hitherto, only controlled Cape Town. Most observers agree on the reasons for the ANC’s poor showing: incompetence and corruption. Below, I look at 10 indicators of institutional quality as measured by the World Bank, Transparency International and World Economic Forum. As can be seen, institutional quality in South Africa is either poor or declining when compared to Botswana, one of the best run African countries, let alone the United States. 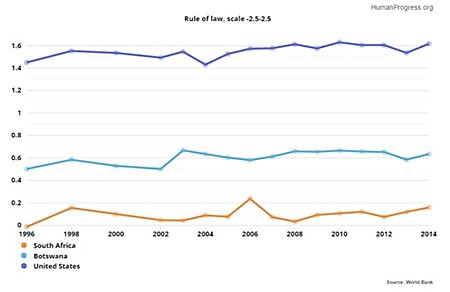 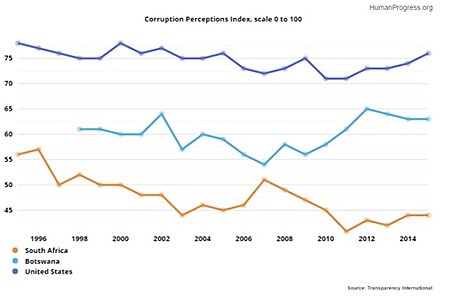 3. The World Bank's Government effectiveness indicator has also been declining since 1996. 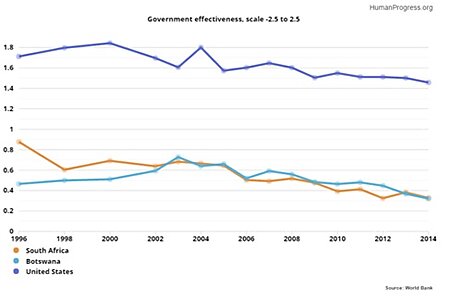 4. According to the World Economic Forum, favoritism in decisions by government officials has worsened since a high point in 2009. 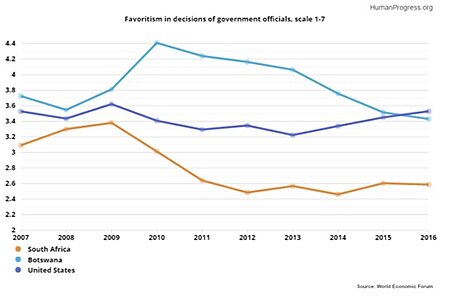 5. Similarly, the World Economic Forum has found that government spending has grown increasingly wasteful(though not as wasteful as that of Botswana). 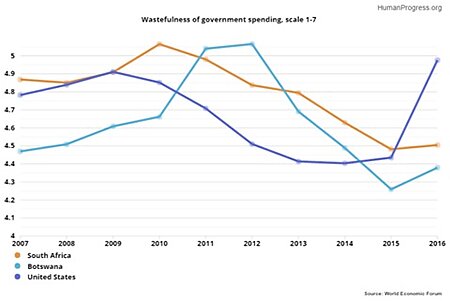 6. Irregular (i.e., undocumented extra) payments and bribes have also been on the rise in South Africa. 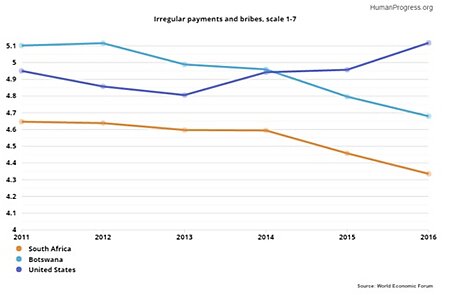 7. Moreover, illegal diversion of public funds to private companies, individuals and groups has been increasing. 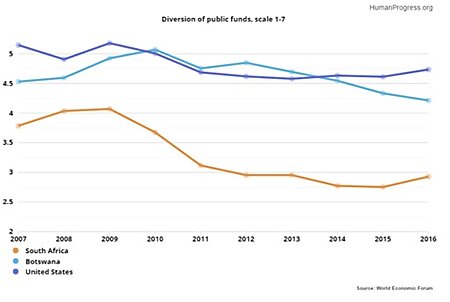 8. Transparency of government policy making has also suffered, though not as much as that in Botswana. 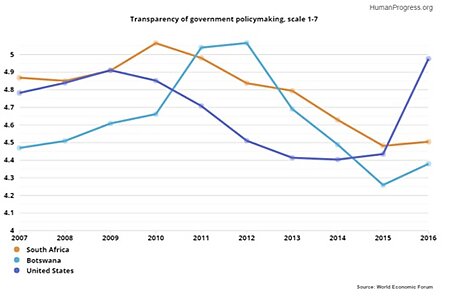 9. Reliability of policing has actually improved since its nadir in 2009, but still lags behind that of well-run Botswana. 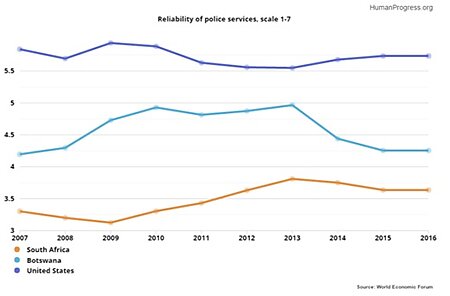 10. Not surprisingly, perhaps, public trust in politicians declined to an all-time low in 2014 and has remained poor. 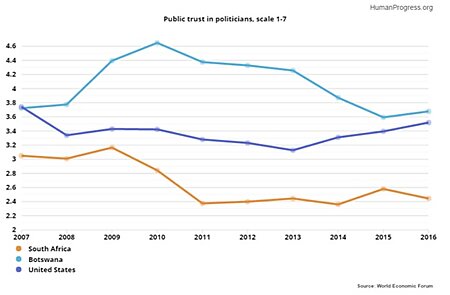 It is that mistrust in politicians that partly explains the ANC's poor performance at last week's polls. The next general election will be held in 2019. By that time, the ANC may be sufficiently weakened and relegated to the opposition benches. A birth of "normal" politics that see a regular turnover at the top will be good for South Africa's democracy as well as for the health of the country's institutions.