On September 23, U.S. president Barack Obama will host Pope Francis in Washington, D.C. The two leaders, one described as a towering figure of American progressivism and the other as a liberal revolutionary, are often seen as allies. Strangely, the two men hold starkly differing views on the state of the world. Whereas Obama sees the world as generally improving, Francis’ statements often verge on the apocalyptic. Who is right?

Writing in his 2013 apostolic exhortation, Evangelii Gaudium, Francis wrote, “We have to remember that the majority of our contemporaries are barely living from day to day, with dire consequences. A number of diseases are spreading... and inequality is increasingly evident. It is a struggle to live and, often, to live with precious little dignity.” Speaking to service members at the Marine Corps Base Hawaii a year later, Obama said that “the world is better, it’s safer, it’s more peaceful, [and] it’s more prosperous.”

How are we to reconcile these two perspectives? To get a sense of the real state of the world, let us look at four issues of great importance to both men: wealth, health, poverty and inequality. 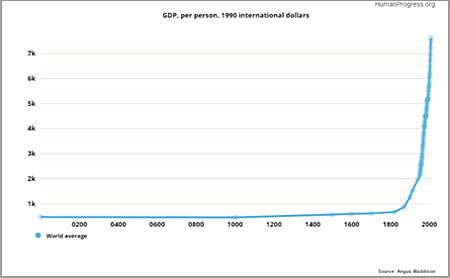 The Industrial Revolution, which is generally credited for this staggering increase in prosperity, started in Great Britain in the late 1700s and then spread to Europe and North America. More recently, Latin America and Asia became industrialized. The benefits of the Industrial Revolution or change from an agrarian and handicraft economy to industry and machine manufacture, were enhanced by globalization. Trade increases our standard of living by improving our access to the best products at the cheapest prices. And that brings us to our second concern: poverty. 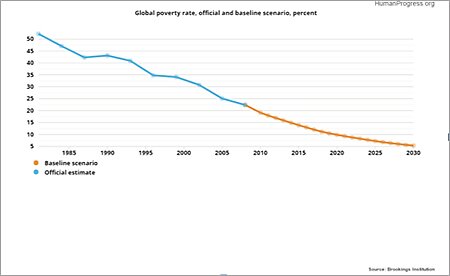 According to the World Bank, the percentage of people living in extreme poverty dropped from 36.4 percent in 1990 to 14.5 percent in 2010. According to the Brookings Institution, “Poverty reduction of this magnitude is unparalleled in history: never before have so many people been lifted out of poverty over such a brief period of time.”

Much of the fall in global poverty was driven by the rise of incomes in two of the world's most populous countries—China and India. Both countries used to have centrally-planned economies and low rates of growth. Following economic liberalization, which happened after 1978 in China and after 1992 in India, real per capita incomes rose thirteen-fold and threefold respectively. 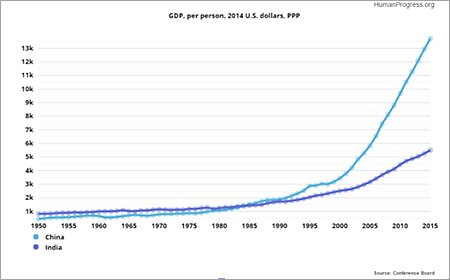 The rise of Asia is related to the third issue: inequality. In general, income inequality within countries has risen. Under communism, to give one example, Chinese income equality was relatively high, but so was poverty. Without being able to keep more of the money they earned, the workers had little incentive to produce more. Today, the market rewards people based on their productivity, which is to say, it rewards them unequally.

Increased Chinese productivity flooded the American market with cheap goods. That has improved the standards of living of all Americans. However, together with mechanization and the IT revolution, globalization meant that wages of low-skilled Americans increased at a slower pace than those of well-educated Americans.

Importantly, income inequality between the world's seven billion people has declined. That happened partly because the Chinese have almost caught up with the global average. Thus, while Obama may bemoan the rise of income inequality in the United States, Francis ought to rejoice in increasing income equality among his world-wide followers. 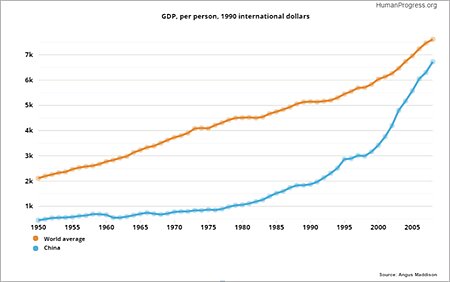 Last but not least, there is the question of global health. Since World War II, the world has seen dramatic decline in infant and child mortality rates, maternal mortality and deaths from tuberculosis. More recently, deaths due to HIV/AIDS and number of different cancers started to decline as well. 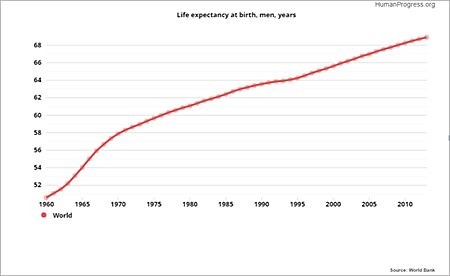