Proposals for more sanctions and further isolation likely will grow. However, the test dramatically demonstrated that the U.S. attempt to build a cordon sanitaire around the Democratic People's Republic of Korea has failed. Washington instead should develop a new policy built upon a foundation of engagement, not denuclearization. The latter should remain an objective, but even if it remains out of reach the U.S. might be able to reduce military threats on the peninsula. 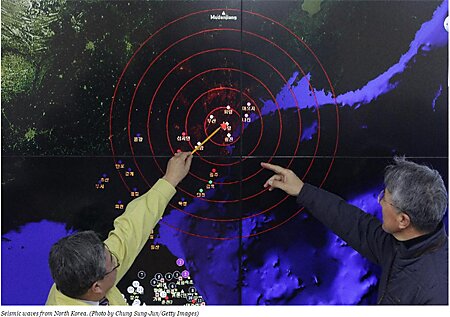 As always, North Korean foreign policy reflects domestic politics. Kim Jong-un took power just over four years ago and promised to both strengthen the DPRK's armed forces and improve its economy. Policy reform and Chinese investment appear to have delivered modest economic growth. Now Kim is highlighting a major military advance, just ahead of his birthday tomorrow, rewarding the armed forces even as he continues to shift power back to the Communist party.

The test also gives Pyongyang greater leverage in its attempt to engage both South Korea and the U.S. Talks with the Republic of Korea recently ended without result. The North has been pressing the ROK to restart tours of the Mount Kumgang resort suspended after the shooting of a South Korean tourist and eliminate sanctions adopted after the sinking of a South Korean naval vessel. So far Seoul has refused.

Washington should develop a new policy built upon a foundation of engagement, not denuclearization.

The North also long has sought to draw the U.S. into bilateral talks. Last fall the DPRK proposed negotiations to end the peninsula's formal state of war, replacing the armistice with a peace treaty. However, the Obama administration set as a precondition for any talks that Pyongyang take steps toward dismantling its nuclear program, a non-starter.

There are no good options dealing with the North, no simple answers or obvious solutions. There are only second-best measures which might ameliorate the threat otherwise posed by a famously enigmatic, persistently paranoid, and potentially unstable nuclear-armed state viewing itself in a perpetual state of war with America and its allies, South Korea and Japan. The possibility of Pyongyang amassing not only a sizeable nuclear arsenal, but a thermonuclear arsenal, should help concentrate minds in Washington.

Current policy has failed. But more military threats would merely reinforce the case for nuclear weapons to North Korea. Moreover, the North recognizes that Washington has little stomach for a real war with mass casualties. To attack the North's nuclear facilities and assume the DPRK would not respond would be a wild gamble risking thousands or more lives, mostly South Korean. To start a war which enveloped the South and spread collateral damage throughout the region, including to China and Japan, could have catastrophic international consequences.

Additional sanctions aren't likely to work without Beijing's support. The People's Republic of China has been irritated with its troublesome ally of late, though there recently has been a slight warming trend with rumors of an impending invitation for Kim to visit. So far the PRC has been willing to allow graduated pressure against its recalcitrant friend, but has not been willing to sacrifice what is its sole ally (such is China's military isolation). 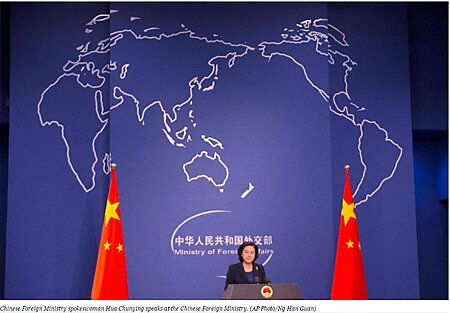 After announcement of the test, Xinhua News Agency ran an editorial criticizing the test, but urging “various parties” to “exercise restraint to prevent conflicts from escalating.” Even if Beijing allows passage of a new Security Council resolution condemning the North, China is likely to limit the impact of any new sanctions. The PRC wants neither a messy national implosion on its border nor a united Korea hosting U.S. troops that could become part of an American containment network directed against the PRC.

Moreover, the DPRK has reopened channels to Russia, renewing ties that atrophied a quarter century ago after Moscow recognized South Korea. So far Russia has committed little, but appears to view the North as a convenient challenge to the U.S. Although Moscow condemned the test, it might be prepared to help Pyongyang thwart new U.S. restrictions. In any case, growing North Korea-Russia ties will discourage China acting against the DPRK.

The status quo has nothing to recommend it. North Korea will expand its nuclear and missile programs. Tensions will steadily rise. The gap between South Korean and U.S. policy toward Pyongyang will widen. Seoul will look more toward the PRC to help moderate North Korean behavior. Any conflict will become more destructive. 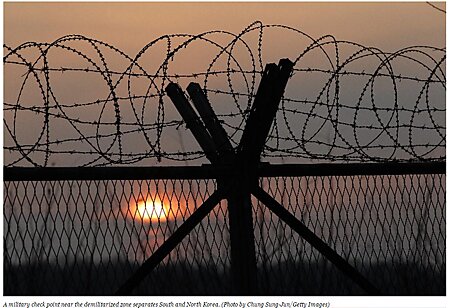 Which leaves engagement. Demanding denuclearization first ensures failure. As Henry Kissinger once noted, even paranoids have enemies. American military action against Afghanistan, Grenada, Iraq, Libya (which abandoned its nuclear and missile programs in a deal with the U.S.), and Panama shows Washington's propensity for regime change. Pyongyang is unlikely to abandon its weapon that best deters a similar attempt on the Korean peninsula. A nuclear arsenal has the additional advantages of preserving independence amidst other major powers (China, Japan, Russia), winning international stature for an otherwise minor, impoverished state, and offering abundant opportunities to extort economic and other benefits from fearful neighbors.

In contrast, engagement at least creates the possibility, though admittedly small, of future denuclearization. First, negotiating with the North is the best way to reduce its fear of an American preventative war and detail the potential economic and diplomatic benefits of abandoning nukes.

Second, reducing U.S. threats against the DPRK would satisfy China's standard response when urged to apply greater pressure on Pyongyang. The PRC long has blamed Washington for driving the North toward nuclear weapons. Fair or not, this contention helps explain why Beijing says it has refused to take tougher action against North Korea in an attempt to stop the latter's program.

Talking with the DPRK might achieve nothing. But Washington might be pleasantly surprised. Even if Pyongyang refused to eliminate its existing arsenal, the Kim regime might make other concessions, such as limiting future nuclear activity and reducing conventional threats. Moreover, negotiations would help eliminate excuses from the North for pursuing nukes and from the Chinese government for subsidizing the North while the latter does so.

North Korea's latest nuclear test demonstrates that the Korean peninsula remains the land of bad options for America. The costs of Washington's failure continue to rise.

It is time for the Obama administration to admit that nothing has stopped Pyongyang from developing nuclear weapons and continued attempts at coercion aren't likely to yield better results. As has oft been said, a good definition of insanity is doing the same thing while expecting a different result. Which leaves engagement as the best option for dealing with North Korea.