With his typical swagger, Venezuela’s President Nicolas Maduro used his regular Sunday television time to announce that “the 21st Century has arrived.” Yes, Venezuela, according to Maduro, is going to start issuing a virtual currency, and one with a new twist. Maduro claims that the ‘Petro’ will be backed by oil, gas, gold, and diamonds. However, the reality of the President’s proposal fails to match his rhetoric.

No details were revealed as to how the Petro will work. And when it comes to a currency, the details are what count. For example, the Petro will supposedly be backed by commodities, but backing is a long way from convertibility. The only way for a currency issued by Venezuela to garner any trust would be for the currency to have an iron-clad redemption feature. Forget the commodity backing promise. It wouldn't be worth the paper it was written on.

When it comes to currency, Venezuela has had a long history of producing junk. Venezuela began central banking in 1939, when the Banco Central Venezuela (BCV) was established. Back then, the exchange rate was 3.35 old bolivars per U.S. dollar. Today, it takes 103,000 bolivars to fetch a greenback. That's equal to 103,000,000 old bolivars. Talk about a currency devaluation! No wonder Venezuelans distrust the BCV and Maduro's soaring Petro rhetoric. To appreciate the currency cynicism in Caracas, just take a look at the bolivar's recent plunge (see chart below). 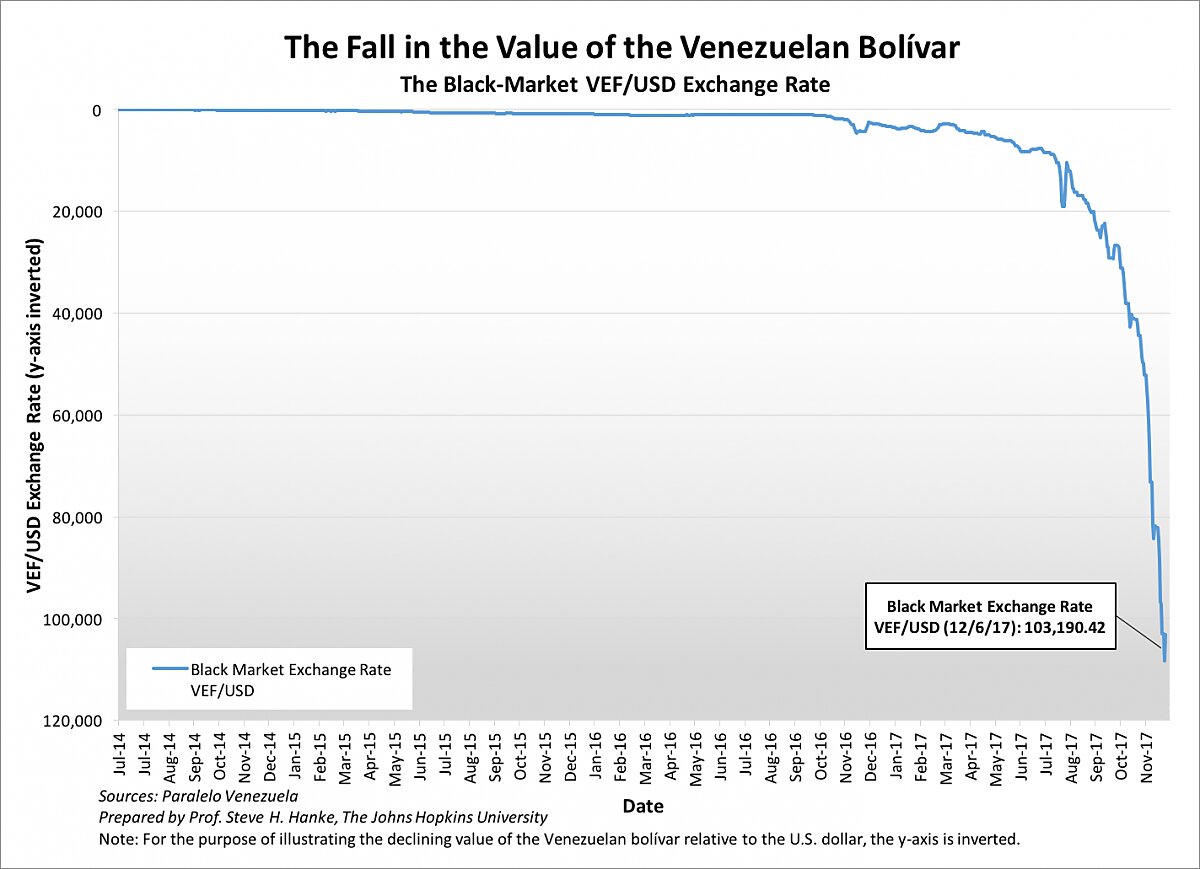 In addition to watching the bolivar lose value generation after generation, Venezuelans know that the government cannot run PDVSA, Venezuela's state-owned oil company, or anything else it touches. They are all in buried in a mount of arrears in defaulted bonds. So, even if the Petro was convertible into commodities, which it is not, it is doubtful that the Venezuelans would trust its convertibility provision. Indeed, PDVSA can't even deliver oil that meets contract specifications. This is forcing traders to complain, cancel contracts, and demand discounts. Why, then, would anyone trust the government to honor a currency redemption pledge, if such a pledge existed.

That's why the Petro is destined for the graveyard – where it will join Hugo Chavez's "bolivar fuerte," a currency the late Venezuelan strongman gave birth to on March 17, 2007. The Petro's still birth is regrettable because it will give the idea of a commodity-backed cryptocurrency a bad name.

Eventually, however, cryptocurrency fans will learn that in order to qualify as a currency, and not just a speculative asset, a crypto will have to be a reliable medium of exchange, store of value, and unit of account. That can be insured if cryptos are convertible into a commodity, or basket of commodities. At present, Bitcoin, even as its price soars to the moon, fails to meet the three criteriawhich would qualify it as a real currency.

The quickest way to produce a real cryptocurrency is to make it redeemable into a diverse bundle of commodities. Instead of a crypto, let's call it a "Bundle." Each Bundle would be convertible into something worth a specified basket of commodities. To avoid storage costs, each one-bundle claim would not be for physical commodities, but rather for financial assets equal to the current market value of one bundle. My good friend and collaborator, Leland Yeager and Robert Greenfield developed this approach to a laissez-faire payments system, which they based, in part, on the works by Fischer Black, Eugene Fama, and Robert Hall.