Skip to main content
Live Now
This article appeared on The Hill (Online) on March 24, 2017.
TOP

In Monday’s confirmation hearing for Supreme Court nominee Neil Gorsuch, Sen. Dianne Feinstein (D‐​Calif.), the Judiciary Committee’s ranking member, tried to attack the concept of originalism rather than Gorsuch. In doing so, she went too far and attacked an understanding of all of the justices in Planned Parenthood v. Casey (1992).

Progressives may disagree with Gorsuch about what the original meaning is, but originalism is widely accepted by society today — including by many liberals.

Casey is one of the more recent decisions upholding what Feinstein called the “core” of Roe v. Wade (1973). It is surprising that Feinstein would reject the opinion of those justices in that case, given how important preserving abortion rights is to her.

Feinstein claimed that if we were to adhere to an originalist interpretation then we would still have segregated schools. But this is refuted by the five-justice majority in Casey that opined that “Plessy was wrong the day it was decided,” referring to the Plessy v. Ferguson (1896) decision that upheld segregated schools.

If Plessy was wrong the day it was decided, how can that be the originalist approach? The words “equal protection of the laws,” even when the amendment and Plessy were written, prohibited school segregation. If “separate is inherently unequal,” as Brown v. Board of Education (1954) held, then saying that a black child cannot go to a white school is just as unconstitutional in 1896 as it is in 1954. 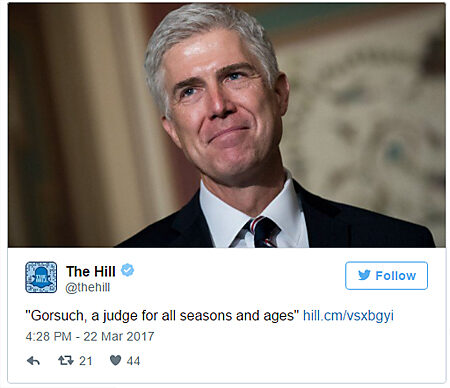 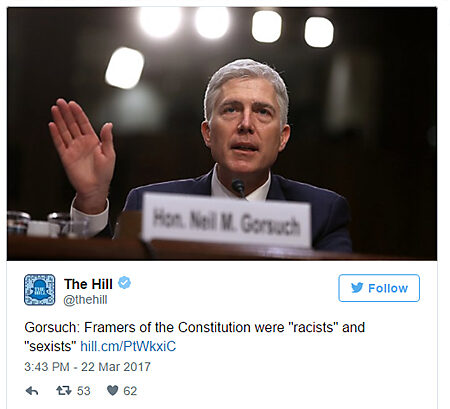 Assuming that fellow Sen. Patrick Leahy (D-Vt.) correctly recognized that Judge Gorsuch has a comprehensive originalist philosophy similar to that of Justice Scalia, then Gorsuch also believes the original meaning of the Constitution prohibited bans on interracial marriage or segregation. It is a straw man argument to claim that the other side holds beliefs they do not and then attack them for it.

While Leahy described originalism as “outside the mainstream,” that seems at quite at odds with President Obama’s appointee Justice Elena Kagan, who said “we are all originalists.”

Indeed, originalism has been accepted even by progressive legal leaders. The Constitutional Accountability Center, which has Yale’s Akhil Amar and Jack Balkin as advisors, proudly defends what it calls “principled originalism.” This method rejects, as almost all originalists do, the original intent based on the expected application of the words. CAC and these “progressive originalists” disagree with conservatives as to what the original meaning is, but agree that the meaning of the text is what is important.

Progressives may disagree with Gorsuch about what the original meaning is, but originalism is widely accepted by society today — including by many liberals. Senators should spend their time asking questions about what originalism means to Gorsuch rather than indiscriminately attacking legal theories they plainly don’t understand.