Skip to main content
Live Now
This article appeared on Forbes​.com on May 19, 2019.
TOP

Julius Caesar died over 2000 years ago. He accomplished many things, including the establishment of the Roman Empire and the title dictator perpetuo—“dictator for life.” During his reign, Caesar introduced the Julian calendar on January 1, 45 B.C. Even after 2000 years, this noteworthy reform lives on, as the Julian calendar still used in parts of the Easter Orthodox Church and elsewhere.

Could Donald J. Trump become America’s Caesar? Yes, without a doubt. And, it won’t be because he is named dictator for life. All Trump has to do is put the government on a modern permanent calendar via executive order. Yes, a Trump Permanent Calendar holds the key. The Trump Permanent Calendar will be one in which every date will fall on the same day of the week, forever. It will be permanent. No new calendars would have to be printed each year. That waste of time and money will be no more.

Richard “Dick” Conn Henry, a colleague and Academy Professor of Astrophysics at The Johns Hopkins University, and I have developed what is now called the Hanke-Henry Permanent Calendar (HHPC). It adheres to the most basic tenet of a fixed calendar: every date falls on the same day of the week every year. So, New Year’s Day always would be a Monday. The HHPC year is divided into four three-month quarters. The first two months of each quarter are made up of 30 days; the third has 31 days. So, each quarter contains 91 days resulting in a 364-day year comprised of 52 seven-day weeks. This is a vital feature of the HHPC: by preserving the seven-day Sabbath cycle—and so not inserting “extra days” that break up the weekly cycle—it avoids the major complaints from ecclesiastical quarters that have doomed all other attempts at calendar reform.

There is a disparity between the necessary length of the HHPC calendar (364 days) and that of the astronomical calendar (365.24 days). The HHPC accounts for this by tacking an additional week on to every fifth or sixth year. So, there are an extra seven days added to the calendar in, for example, 2020, 2026, 2032, and so on. This additional week serves the same purpose as the extra day we count in a leap year in the present system and keeps the calendar in line with the seasons. 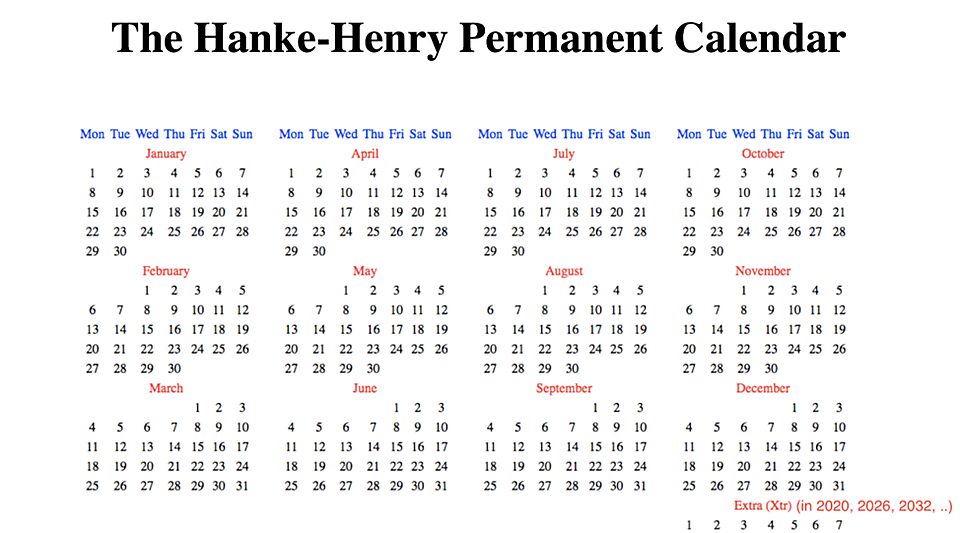 By President Trump signing the following executive order, which Dick Henry and I have drafted, what is known now as the HHPC would become the Trump Calendar. The leap week contained in this permanent calendar would become the “Trump Week.” And, for the icing on the cake, the United States would adopt Coordinated Universal Time.

And, of course, Trump would become America’s Caesar. Americans would then benefit from having an improved calendar, forever. 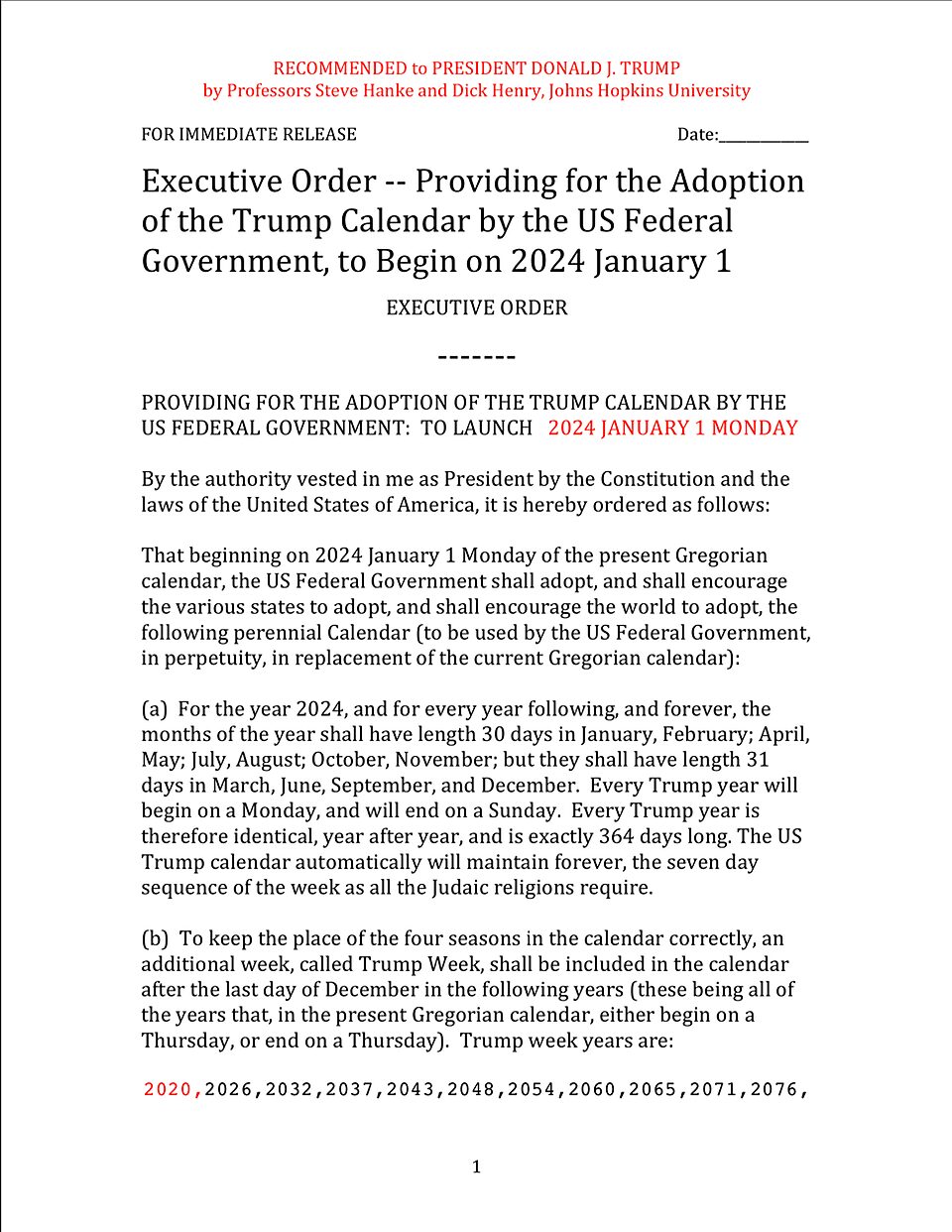 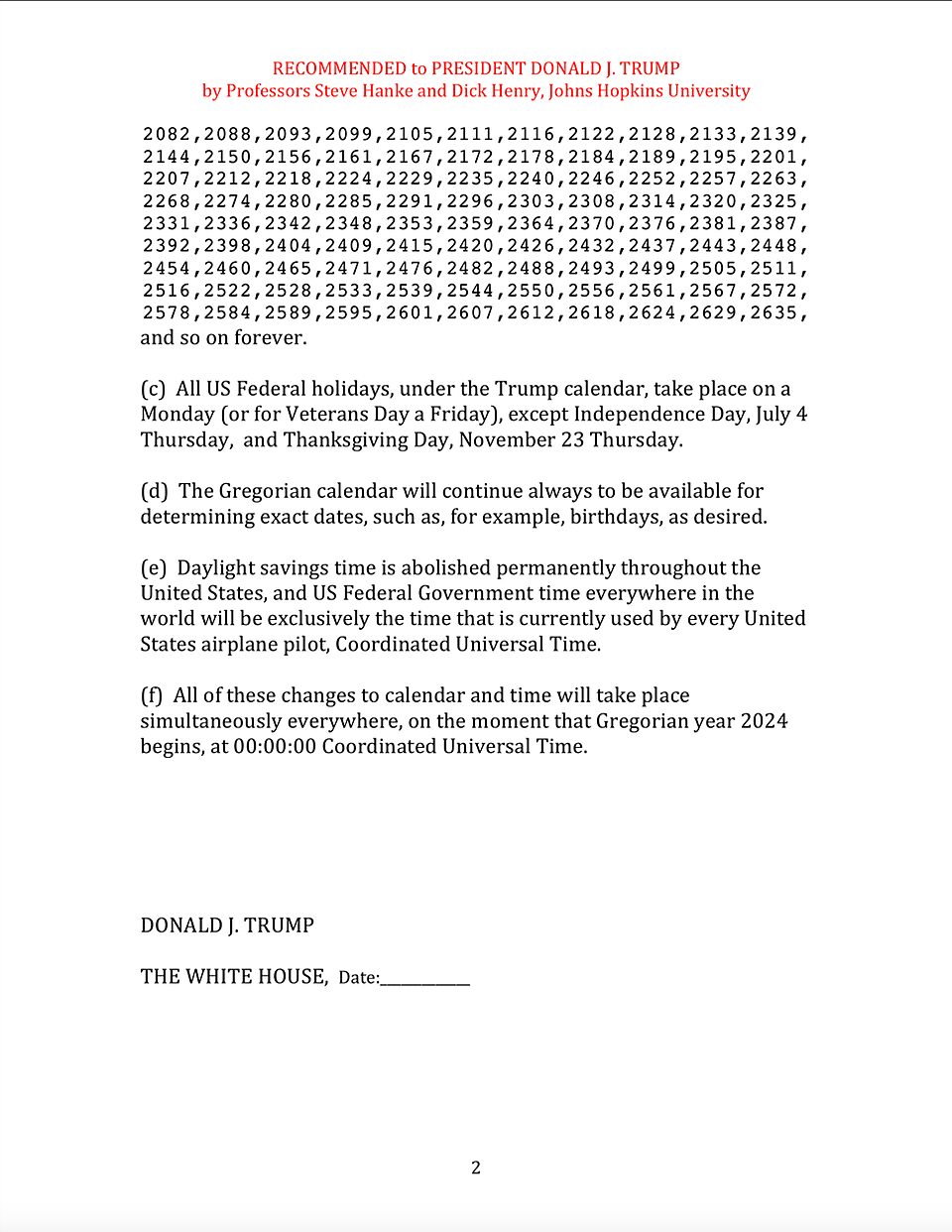