Claims of “rapid deindustrialization” are misplaced and often based on the declining share of manufacturing value‐​added relative to the overall economy. Indeed, manufacturing’s share of the U.S. economy peaked in 1953 at 28.1 percent, whereas in 2015 manufacturing accounted for only 12.1 percent of GDP. However, in 1953, U.S. value‐​added in the manufacturing sector amounted to $110 billion, as compared to a record $2.1 trillion in 2015 — more than six times the value in real terms.

On this page you will find Cato’s work related to the U.S. manufacturing sector, trade in industrial goods, and subsidies and other industrial policies that distort production decisions and affect supply and demand.

“Seemingly Out of Nowhere”

The most important thing governments can do to facilitate market adjustments is just get out of the way.

Trump is about to announce a new “safeguard” tariff but will likely leave out important details of how this “job creating” tariff will affect the consumer, none of which inspire confidence about the President’s new economic nationalist plans to revive domestic production of pharmaceuticals and other “essential” medical goods. 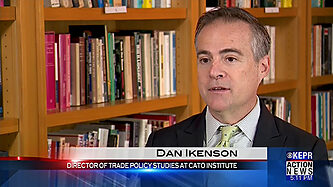 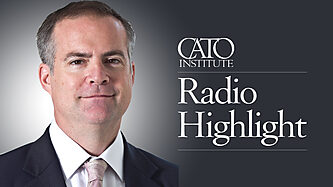 Patrick J. Michaels’ research on the Chevy Volt subsidies is cited on The Lars Larson Show

Do Oren Cass’s Justifications for Industrial Policy Stack Up?

Metal Tariffs: A Nonsensical Solution in Search of a Problem

“Seemingly Out of Nowhere”

If Only Senator Hawley Could Legislate Away Unintended Consequences

Cybersecurity or Protectionism? Defusing the Most Volatile Issue in the U.S.–China Relationship

The Export‐​Import Bank and Its Victims: Which Industries and States Bear the Brunt?

An Economic Critique of Corn‐​Ethanol Subsidies

Manufacturing in the USA: How U.S. Trade Policy Offshores Jobs

The U.S. Export‐ Import Bank, Boeing, and the Value of Friends in High Places

Thriving or Threatened? Perspectives on the State of U.S. Manufacturing in a Global Economy