Skip to main content
In limited but important ways, Washington can positively influence economic policy in Latin America. At a time when some countries in the region have seen the rise of populist governments, political turmoil, and a general backlash against free‐​market reforms that were partially implemented in the 1990s, the United States should exercise its influence by opening its market to the region’s goods and by encouraging market reforms. 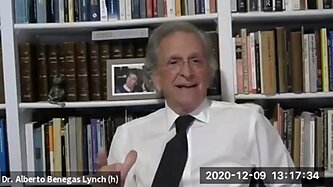 Alberto Benegas Lynch participates in the webinar, “Baptism and meaning of the liberal tradition,” hosted by UNIVERSIDAD del CEMA

The Fire Next Door

Corruption and the Rule of Law: How Brazil Strengthened Its Legal System

The Political Economy of Venezuela and PDVSA

The Fall of Chile

AMLO and the “Fourth Transformation” in Mexico