Skip to main content
Too many members of Congress seem still to believe that the good life is brought about primarily by government programs, not by individuals acting in their private capacities. And they believe equally that the Constitution authorizes them to enact such programs, even as many Americans know better. But government rarely solves the problems it purports to solve; in fact, it usually makes those problems worse.

Congress Enhances Due Process Protections for Some Defendants; Now, It Should Take the Next Logical Step

An important improvement still doesn’t reach those coerced out of their right to a trial.

The public should not be surprised if disaster relief is politicized. It’s just politics as usual.

Diego Zuluaga discusses Crypto in Congress on the HODLpac podcast

Before Punishing ‘Bias’ in Social Media, Let’s Define It First 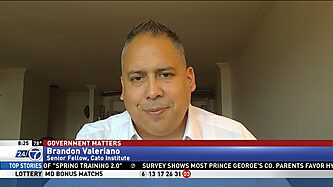 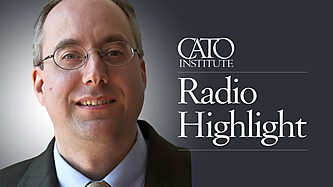 The Cult of the Presidency

Saving our Environment from Washington: How Congress Grabs Power, Shirks Responsibility, and Shortchanges the People.

The Politics and Law of Term Limits

A Real Lifeboat for Main Street

Our Republic, Can We Keep It?

What We Know, and Don’t Know, About Portland and the DHS

Congress Enhances Due Process Protections for Some Defendants; Now, It Should Take the Next Logical Step

Relief Rally: Senators as Feckless as the Rest of Us at Stock Picking

The Case for Congressional Regulatory Review

Fear and Loathing at One First Street

Congressional Abdication and the Cult of the Presidency

Nondelegation for the Delegators

Statecraft and Liberal Reform in Advanced Democracies by Nils Karlson

Judicial Confirmations and the Rule of Law

Congress and COVID-19: Is Remote Legislating and Oversight Possible?