As a regulatory tool, the precautionary principle has met with mixed reactions. While many variants exist, a generally accepted definition is that activities should not proceed when the threats of damage are not fully understood. A major concern with this principle is that by focusing solely on the risk from one action, it fails to consider the risk from an alternative action. Something abandoned out of precaution is replaced by something else, which may also carry risk. From an economic perspective, the precautionary principle fails to consider the tradeoffs inherent in policy decisions.

We provide a large-scale, empirical evaluation of the tradeoff that came from invoking the precautionary principle using the nuclear power plant shutdowns resulting from the accident at Fukushima, Japan. The accident, which resulted from a tsunami caused by the fourth-largest earthquake in recorded history, led to a nuclear meltdown at the Fukushima Daiichi nuclear power plant. Driven by long-standing concerns over the unknown effects from radiation risk, this rejuvenated the anti-nuclear movement. Within 14 months of the accident, nuclear power production came to a complete halt in Japan.

To put these estimates in context, we calculate that the higher electricity prices resulted in at least an additional 1,280 deaths during 2011–2014. Since our data only covers the 21 largest cities in Japan, which represents 28 percent of the total population, the total effects for the entire nation are even larger. Meanwhile, the number of deaths due to the Fukushima Daiichi nuclear accident is much lower. No deaths have yet to be directly attributable to radiation exposure, although projections estimate a cumulative 130 deaths. An estimated 1,232 deaths occurred as a result of the evacuation after the accident. Therefore, the deaths from the higher electricity prices likely outnumber the deaths from the accident in only four years if we extrapolate our estimates to the entire country, and almost certainly outnumber the deaths over a longer time period given that the higher electricity prices persisted beyond the end of our study. This suggests that ceasing nuclear energy production has contributed to more deaths than the accident itself.

NOTE:
This research brief is based on Matthew J. Neidell, Shinsuke Uchida, and Marcella Veronesi, “Be Cautious with the Precautionary Principle: Evidence from Fukushima Daiichi Nuclear Accident,” NBER Working Paper no. 26395, October 2019, http://www.nber.org/papers/w26395.

School Choice Will Help Us Respond to Coronavirus 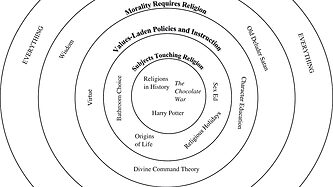 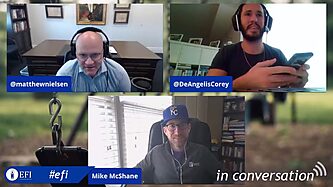