Governments have long worked hard to create strong feelings of solidarity between citizens. National leaders often appeal to a common history of mutual aid, sacrifice, and even ethnic and cultural ties to garner support for government actions. All of this has helped create a relatively sacred and exclusive aura regarding citizenship that, in the words of Abraham Lincoln, is “the mystic chords of memory, stretching from every battle‐​field, and patriot grave, to every living heart and hearthstone, all over this broad land.”112 According to long‐​standing human norms, such associations are not to be created lightly and are debased when they are mixed with material motives such as money or other expressions of self‐​interest.

These attitudes seem like a serious obstacle to achieving the huge gains that economic analysis suggests might be achieved by a freer movement of people across national borders. How can these attitudes change?

One obvious solution is to try to move attitudes about national citizenship more toward the attitudes that people have about other kinds of associations, such as firms and neighborhoods, where movement is freer. While members of these groups often feel solidarity with one another, they consider it more socially acceptable to allow individual choices about entering and leaving and to let money influence such choices.

For example, firms often offer financial incentives to attract new employees and to induce early retirement or exit among existing employees. Also, small groups within firms are typically free to hire employees without needing to consult much with the rest of the firm. Regarding neighborhoods, homeowners are typically free to leave the community by selling their home to an outsider, who is thereby free to enter. In these cases, the shared sense of community is not considered a strong obstacle to letting individuals decide for themselves whether to come or go and to base those choices in part on financial considerations.

So, if this is the wise choice, how could people be convinced to view their citizenships more like the choice of neighborhood or employment? One approach would be to try to create a property right that offers citizens stronger financial incentives to make citizenship choices based on financial considerations. For neighborhoods, homeownership is such a property right; for firms, there’s often a quasi‐​right to keep one’s job—a right that one sells when one gets paid to accept an early retirement or exit. Such rights put people into a more money‐​oriented frame of mind about firm and neighborhood membership. So, for nations, consider: transferable citizenship.113

Imagine that each citizen could transfer his citizenship to a foreigner if that citizen found another place in the world that would take him. An American citizen, for example, could accept financial compensation for this transfer and could, of course, take other financial assets with him when he moved (i.e., he might sell, rent, or lease his citizenship). Even if he did not actually do this, having this explicit asset would substantially increase his formal wealth. He might borrow against this citizenship asset to go to school, buy a home, or start a business. And he could consider selling it to help finance retirement overseas.

The prospect of personally gaining such a large concrete personal asset might encourage many people to favor proposals to allow transferable citizenship. And once adopted, a habit of using such assets for financial purposes might encourage people to treat national membership more like they treat firm or neighborhood membership. Similar to how homeowners are incentivized to favor policies that increase home prices, under a policy regime with transferable citizenship, American citizens might favor policies that increase the market value of citizenship—such as more liberal policies on professional licensing—which would further enable foreign professionals to work in the United States.

Transferable citizenship might lead citizens to favor freer movement of people between nations, more like support for free movement between firms and neighborhoods. With a more accepting public, a government eager for more revenue might even create and sell extra citizenships to add to the pool available for sale to foreigners. Of course, this incentive might be checked by voters who want to limit new citizenships in order to increase the value of their assets, just as many local homeowners oppose new housing developments in their communities.

The change in attitude regarding citizenship that might result from the adoption of such a policy would not be available to help get it approved in the first place, so the first version proposed would likely need to be relatively conservative. An especially conservative version might, for example, require that a foreigner in a transfer be at least as old as the native and that the foreigner not be pregnant at the time. And, of course, the government should exclude foreigners who are terrorists, criminals, or otherwise threatening to public safety.

One can argue that, with such constraints, such a policy wouldn’t actually increase the national population. And it plausibly would increase national solidarity, as a foreigner who chooses to come probably would feel more positively about the United States than the native who chooses to leave. Retired elderly Americans with fewer assets would be more likely to transfer their citizenships to younger immigrants with more assets.

However, such age and pregnancy constraints on transfers would reduce the financial value of each citizen’s asset. So, this proposal might attract more support if it were instead combined with policy variations designed to increase the market price of citizenships. Thus, Congress could allow transfers to foreigners of any age and allow retiring citizens who sell their citizenships to take their promised future government benefits (such as Social Security and Medicare in the United States), or at least some financial equivalent, with them when they leave. Congress could even make citizenships inheritable property so that when citizens die, their citizenships pass to their heirs as assets.

Some have recently proposed making the right to work in a nation transferable, rather than citizenship per se.114 While this proposal is similar in many ways, a key difference is that if those who sell their work rights are allowed to stay in the nation, then transferable work rights increase the number of people residing in the United States who use local services. And the lesser citizenship status of those who buy only work rights may offend those who prefer more egalitarian relations among locals.

So, consider transferable citizenships, a financial asset that Congress could cheaply give all citizens to help them get loans and pay for retirement. Personal interest might induce citizens to favor this policy, and then once adopted, attitudes might drift toward treating national membership more like firm or neighborhood membership. That might eventually help us all unlock the vast treasure that could be created by freer movement of people between nations. 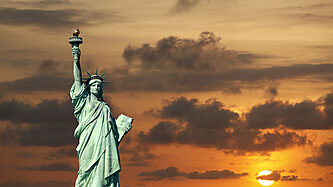