The Trump administration is looking to allow U.S. defense contractors to expand the sale of drones, including armed drones, worldwide. Advocates point to the economic benefits and suggest it will strengthen U.S. partnerships in the fight against terrorism, but their arguments are misguided.

In addition to bolstering authoritarian regimes, recent history suggests that selling drones comes with a big risk that the weapons will end up in the wrong hands, used for unintended and often deadly purposes. Saudi Arabia and the United Arab Emirates, for example, have both illegally transferred U.S. weapons to local militia and to other actors in Yemen, who have in turn sold them on the black market or lost them in battle. Sizable quantities of weapons and armored vehicles have wound up in the hands of both al Qaeda and the Islamic State.

To date, drone sales have been restricted by the Missile Technology Control Regime. The Missile Technology Control Regime is an informal agreement that was created in 1987 among 35 nations focused on preventing nuclear proliferation and the use of missiles to deliver other types of weapons. To do this, its members have adopted and observed a common set of restrictions on the export of missile technology. Under the current guidelines, drones are classified as cruise missiles and thus are subject to export restrictions. The result is that only close allies (namely England, France, and Australia) have been allowed to buy large, armed drones from U.S. manufacturers.

The Trump administration has emphasized the economic benefits of arms sales since the president took office, but selling more drones is likely to do more harm than good.

Now, however, reports suggest that Jordan, Saudi Arabia, and the UAE are three of the countries most interested in purchasing this weaponry. Unfortunately, the governments of Jordan, Saudi Arabia, and the UAE all have histories of spying on their populations. Providing them access to weapons specifically designed for surveillance is a way to increase this authoritarian capability. Moreover, any drones the United States sells to Saudi Arabia and the UAE will almost certainly be used in their disastrous war in Yemen. Not only would this deepen America’s involvement in that tragedy, it could easily fuel greater anti‐​American sentiment among the Yemeni public and provide a recruiting boon for terrorist groups.

Given this dynamic, selling large numbers of drones to Saudi Arabia, Jordan, and the UAE raises the risk that groups such as ISIS, Hamas, and Hezbollah will gain access to advanced drone technology. This is particularly worrisome since ISIS has already shown it knows to use drones in battle and has shared this knowledge with other extremist groups. Gaining access to drones would empower terrorists and enable them to extend significantly their destructive reach.

The administration will likely claim, as arms sales advocates have for years, that the U.S. can prevent these problems through end‐​use monitoring programs such as Blue Lantern. But these arguments ring hollow given both the U.S.‘s long history of selling weapons to governments with horrendous human rights records, to countries embroiled in civil conflicts, and to countries where corruption runs rampant. In fact, end‐​use monitoring has done little to prevent the steady stream of dark consequences from U.S. arms sales over the years.

Even if one believes that the U.S. could ensure how the drones it sells will be used, this decision will give a green light to other exporters to expand their own drone sales. We can expect Russia and China, for example, who already sell weapons to risky customers, including Syria, Iran, Myanmar, Sudan, and Sri Lanka, to start selling drones without anything like the concern for end‐​use that even Washington has exhibited. Syria, Iran, and Sudan, it should be noted, have each provided weapons to Hezbollah, while Myanmar and Sri Lanka are both unstable homes to terrorism with dictatorial leadership.

Sidestepping the Missile Technology Control Regime is bad policy. The Trump administration has emphasized the economic benefits of arms sales since the president took office, but selling more drones is likely to do more harm than good. Even the Russians, members of the Missile Technology Control Regime from the beginning, agree, noting that “it would land a severe blow to a 1987 arms control deal regulating the export of rocket technology.”

As emerging dual‐​use technologies such as drones, AI, robotics, synthetic biology, and others proliferate and threaten to make military conflict even more deadly, the U.S. needs to take the lead. But instead of market leadership, the U.S. should seek moral leadership, working with other nations to set guidelines for the responsible development and deployment of new technologies. In the short run, the U.S. might benefit from being the world’s leading arms exporter. But in the long run, the failure to curb the sales of emerging weapons technology puts the whole world at risk. 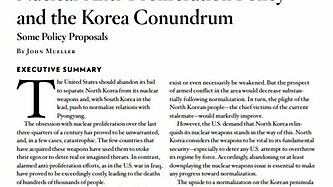 Beto Needs to Revive Talk about His ‘War Tax’ Proposal 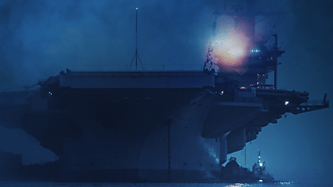