After a long vacancy, President Trump nominated Kelvin Droegemeier of Oklahoma to fill the position of Director of the Office of Science and Technology Policy (OSTP), often referred to as the White House Science adviser. 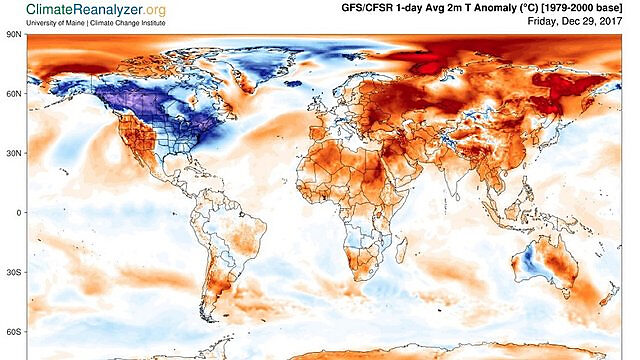 John Holdren, Obama’s science adviser, called him “a very good pick.” Climate scientists such as Katherine Hayhoe and Judith Curry have expressed their approval. It’s rare we see Myron Ebell, who headed the EPA transition team, and Rush Holt, the head of the American Association for the Advancement of Science, in emphatic agreement.

There are many reasons for this agreement. Droegemeier is a working scientist whose enthusiasm will be infectious and convincing, something sorely needed within the demoralized ranks of federal and university scientists.

At the University of Oklahoma School of Meteorology, he taught and advised students, chased storms and tornadoes in pursuit of their fine dynamic structure, and rose through the academic ranks to serve as vice president of research for the entire university. His colleagues describe him as conscientious, fair-minded, apolitical and non-partisan—a science nerd who works very hard.

Droegemeier is a working scientist whose enthusiasm will be infectious and convincing, something sorely needed within the demoralized ranks of federal and university scientists.

The nation’s top‐​ranking scientific adviser should not only have a strong record of research and research policy experience, but also the capability to clearly communicate complicated information to the president and lawmakers. The scale of science and technology policy issues tasked to the OSTP is vast and involves navigating the perilous Washington bureaucratic minefield. Droegemeier’s experience is highly germane, including his recent service on the National Science Board that oversees the National Science Foundation. He is also Oklahoma’s Secretary of Science and Technology.

During the previous administration, OSTP was largely focused on the putative perils of climate change. It is no secret that the Trump administration is generally skeptical about climate change gloom and doom. Expect that Droegemeier is fully cognizant of the difference between what environmental activists, the scientific literature, and politicians say—and hopefully able to influence the president to speak more clearly about climate. Droegemeier’s OSTP would likely also pay more attention to the universe of other scientific activities including biology, remote sensing from space, and computing.

Regardless of his views on U.S. basic science R&D, the federal government’s share of funding is now below 50 percent, being increasingly displaced by private industry support, as well as direct university support. This transition accelerated under John Holdren’s watch, and is likely to continue regardless of who assumes the role of science adviser. The rate of technological progress continues apace, with or without government funding.

Senators may use the confirmation battle to go after Trump’s nominee and score political points ahead of the midterm elections. That would be a disservice to Dr. Droegemeier and poison the recruiting well when other highly‐​respected scientists are asked to serve in government. In fact, John Holdren was unanimously confirmed, in spite of his outspoken and partisan views on climate. We encourage an honest evaluation of the nominee’s record and a spirited debate on his science policy views, and it will become clear that Trump’s pick for OSTP director should be confirmed without delay.

Impeachment Should Be on the Table If Trump Bombs Iran