Conservative criticism of social media content moderation is often characterized by misinformation and unfounded allegations. Factually unsupported assertions that federal law requires firms such as Facebook and Twitter to choose whether they are “platforms” and “publishers” — and dubious claims that “Big Tech” is engaged in a concerted anti‐​conservative campaign are prominent — but they’re not the most interesting feature of the present content moderation debate.

More interesting is the lack of imagination that seems to dominate the discourse. Rather than exploring different content moderation regimes, conservatives have focused on shaping the rules of established companies through regulation and legislation. The ironic result of this narrow thinking could be the entrenchment of market incumbents.

Conservative complaints about Silicon Valley censorship are often based on poor methodological study and collections of anecdotes. Although conclusive evidence that Silicon Valley is engaged in an anti‐​conservative campaign is lacking, many Republican lawmakers have used claims of bias as the basis for legislative proposals that would radically change how the Internet is regulated and governed.

Conservative critics of the most prominent social media companies are correct to note that content moderation at Facebook, Twitter, and YouTube (owned by Google) is centralized, with human content moderators and machine learning tools tasked with implementing a single governing set of content guidelines. This centralized system is far from perfect, and in an environment where Twitter users post half a billion tweets a day and YouTube account holders upload about 500 hours of video a minute false positives and false negatives should be expected.

In addition, speech intended for specific audiences may be misunderstood by moderators from different backgrounds, but at scale, firms simply lack the time or resources to provide boutique, culturally‐​aware governance.

Centralized content moderation also suffers from a perceived lack of transparency and process, with Silicon Valley behemoths considered by many to be secretive, distant institutions with few incentives to care about an individual case when their empires include millions or billions.

Republican responses to allegations of political bias have focused on Section 230 of the Communications Decency Act, the law that shields owners of interactive computer services such as social media companies, newspaper comments sections, university and library websites, and others from being held liable for the vast majority of content posted by third party users.

But while the modern debate on social media has focused on Twitter, Facebook, YouTube, and other household name companies, Republican lawmakers should remember that the centralized content moderation model is not a necessary feature of social media and that there are other models that offer solutions “big tech” critics across the political spectrum seek.

Although not household names, there are social media services that implement more permissive content moderation policies. Facebook, Twitter, and YouTube are hardly alone in the social media universe. The Internet is full of social media sites. Indeed, some of these sites — such as Gab and Parler — emerged as centralized alternatives to Twitter, with their creators citing concerns about big tech bias.

There are social media sites that reject centralization altogether. Mastodon is an example of a social media service that embraces a governance structure very different from those seen in big tech social media. It is open source and allows users to host their own nodes.

Diaspora is another social media service that rejects the centralized governance of Facebook, Twitter, and YouTube. It is a non‐​profit and based on the principles of decentralization, privacy, and freedom to alter and tweak source code. There are also LBRY and the InterPlanetary File System; peer‐​to‐​peer decentralized protocols that allow users to share content absent any central governing authority.

Conservatives who want a social media service where they can form their own communities, find like‐​minded users, and build content moderation rules consistent with their values have plenty of options available.

Nonetheless, conservatives concerned about big tech bias seem unaware of the plethora of options available. It has never been easier for conservatives to build their own communities, share ideas, and seek to convince others of their ideology. Sadly, rather than embrace competition and innovation, many conservative activists and lawmakers have turned to government.

The risks are difficult to overstate. Powerful market incumbents may oppose regulation, but once the writing is on the wall, they will take steps to ensure that they, and not smaller competitors, are able to comply with new regulations. The result will be the entrenchment of the companies conservative activists criticize. When conservative lawmakers and activists claim that Section 230 is a big tech subsidy, they are engaged in misleading rhetoric that is precisely the opposite of the truth. If anything, Section 230 should be considered a subsidy for big tech competitors. It ensures that they do not need to hire teams of lawmakers, saving them startup costs.

An unintended consequence of Section 230 reforms and legislation motivated by weak claims of anti‐​conservative bias could be big tech getting bigger, with Facebook, Google, and Twitter continuing to dominate American speech online.

We are still in the early years of online speech, yet activists and lawmakers seem to have forgotten much of its short history. Firms that at one time seem to dominate online speech, online search, and online entertainment have been displaced in the past. AskJeeves, AOL instant messenger, MySpace, and many others have fallen into obscurity or disappeared altogether. Facebook, Twitter, and Google may be dominant today, but their continued success is not an axiom of history.

Conservatives convinced of big tech’s anti‐​conservative bias ought to consider the numerous platforms and competing content moderation models available. The future of online speech does not have to be centralized and dominated by a handful of firms, but continued calls for regulation in the name of content moderation risks further empowering market incumbents. 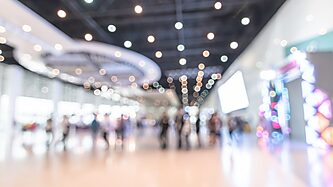 John F. Kennedy Did What Donald Trump Only Wishes He Could Do