In typically overblown language, they have been labelled “corporate cocaine”. Share buybacks — the act of companies purchasing their own shares, typically using excess cash — has been “ringing alarm bells” for commentators for years.

The activity, which totalled between £15bn and £20bn of purchases per year, on average, for FTSE 350 companies between 2007 and 2017, was once described as “the epitome of short‐​termism fuelled by corporate greed”.

Such was the rising tide of apprehension, the Conservative 2017 manifesto pledged to investigate these repurchases to ensure “these cannot be used artificially to hit performance targets and inflate executive pay”.

Well, now, that commissioned study’s results are in. And claims of critics — that share buybacks come at the cost of productive company investment and are used to manipulate earnings‐​per‐​share ratios to enrich executives — look even more misplaced.

Such worries, pushed by politicians and anti‐​capitalist commentators, were always economically suspect. As I’ve written here before, it is trivially true that decisions to return cash to shareholders through buybacks means firms have actively decided to pass up on more investment, believing repurchasing is preferable for the company’s prospects.

But that money doesn’t disappear. At a whole‐​economy level it becomes a new source of funds for other ventures. There is no reason at all to believe share repurchases lower investment levels in aggregate.

What’s more, even within a company, share buybacks may simply represent an acknowledgement that a firm has exhausted its own profitable investment opportunities.

Investing for the sake of it is obviously unwise, and ultimately hurts any firm’s profitability. In the short term, share repurchases could indeed inflate earnings per share by reducing the number of shares outstanding, and critics worry about how this interacts with bonus payment incentives.

But in the longer term, the path of the share price is affected by how profits are used. If good investments are being passed up, then that worsens profitability. Indeed, the share price may rise following share buybacks because executives are seen to be forgoing empire building or lavishly wasteful activity.

The Government‐​endorsed paper, written by Prof Alex Edmans of London Business School and PwC, provides plenty of evidence that these basic economic intuitions ring true. Evidence from FTSE 350 companies, for example, shows that most engage in share repurchases periodically, and surveys of executives suggest they decide to return excess cash via repurchases only after making investment decisions.

Over 85pc of executives surveyed felt that their companies had invested sufficiently in the last three years to contribute to future success.

To the extent correlations between investment and share repurchases exist, this suggests the direction of causation goes from lack of profitable investment opportunities resulting in share buybacks, rather than share repurchases crowding out productive investment. Well, you might think, executives would say that, wouldn’t they? But these statements are backed up by new empirical evidence.

Contrary to the musings of buyback‐​phobes, Edmans and PwC actually find a small positive relationship between firms’ average share repurchases and investment levels, albeit a statistically insignificant one. This repudiates the thesis that buybacks tend to lower investment.

Even companies with the strongest incentive to make this substitution (those who would otherwise have missed an earnings‐​per‐​share target) were not found to have invested less than companies who did not face such a motive.

Worries about the other potential problem of executive pay manipulation are rife. And in the wake of the collapse of Thomas Cook, they are not going away soon. But share buybacks do not appear to have any relationship with executives making bad decisions for the firm to feather their own nest.

Crucially, in the decade examined, no firm was actually found able to successfully use share buybacks to beat their earnings‐​per‐​share target, not least because firms very rarely purchase enough shares to affect it.

This corroborates with executives saying that long‐​term incentive plans are a low priority consideration when deciding whether to engage in share buybacks. As many as 30pc of the FTSE 350 companies adjust earnings‐​per‐​share targets to account for buyback activity anyway.

Now, all this is not to say that there are not potential problems with corporate executive contracts and incentives within them.

Interestingly, the analysis did find that firms with earnings‐​per‐​share targets in pay contracts invested less than firms without. This could be for a whole host of understandable reasons, not least that certain companies both cut investment and instill earnings‐​per‐​share incentives because of some third factor, such as financial difficulties, focusing their mind on profit discipline.

Edmans is right though that this correlation deserves more research. But that shouldn’t deflect from the key point here: this has nothing to do with share buybacks, which have been a long‐​time bogeyman in our anti‐​corporation zeitgeist.

There are many explanations for why a firm might want to repurchase its shares. It might be to offset the granting of shares to employees. Perhaps it’s because the equity of the company is perceived to be undervalued. Or it may even be to reduce the fragmentation of the investor base.

Politicians though, particularly some of the Democratic presidential primary field in the US, have convinced themselves that it’s all a ruse to enrich executives at the expense of productive investment.

In that light, this research is an extraordinarily important corrective. There is no evidence from the UK that share buybacks reduce companies’ investment or are used as a means of enriching their executives. Any anti‐​corporate conspiracy bandwagon must roll on to a new site. 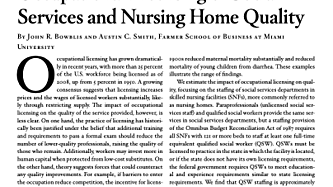 The Annoying Persistence of the Income Stagnation Myth 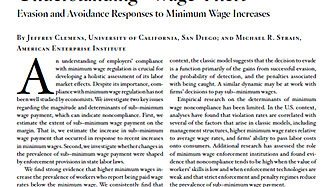 The Overhaul the Postal Service Needs: The Deeper Truth Beneath President Trump’s Exaggerated Attacks on the USPS