Wednesday was a sad day for American democracy and a shameful moment for the nation’s highest court. The McCain‐​Feingold campaign finance law, upheld by the U.S. Supreme Court, banned what is known as “soft money” and restricted political advertising. Congressional sponsors of the measure said the law would prevent corruption and improve our elections. In fact, the law sought to blunt criticism of incumbents. From 1995 onward, many groups from the right and the left attacked congressional incumbents in ads paid for by soft money. Not surprisingly, members of Congress — the targets of such advertising — wanted to stop or impede that criticism.

Because the First Amendment prevented Congress from banning the ads outright, McCain‐​Feingold was the next best solution for incumbents: It banned soft‐​money funding for ads that mentioned a candidate during the last few weeks before an election. As Sen. John McCain himself told his colleagues, “If you cut off the soft money, you are going to see a lot less of (attack ads).”

Ads criticizing incumbents are bad for Congress but good for America. They inform voters and increase turnout. The court has sided with Congress rather than the people on this point, thereby failing to live up to its constitutional responsibility to protect the rights of citizens from governmental abuse.

Beyond the specifics of McCain‐​Feingold, the court has granted Congress more power over political speech. In the past, Congress was allowed only to regulate money in politics to prevent corruption. Now the court says Congress can limit political fundraising to prevent “undue influence” by some Americans. Because no one knows how much influence is “undue,” the court has given Congress a blank check to restrict funding for political activity.

Before this decision, Congress only could regulate the financing of ads that expressly advocated the election or defeat of a candidate. Now Congress has a green light to regulate the funding of any and all ads on political issues during an election.

The court’s decision confirms Thomas Jefferson’s view that “the natural progress of things is for liberty to yield and government to gain ground.” The court gave Congress more power and job security. The rest of us have less political liberty and a less‐​accountable government. 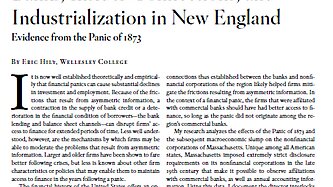