The latest numbers on funding for public colleges and universities directly from state and local governments, and through tuition, are in, and they show direct taxpayer funding rising, but revenue through tuition and fees increasing, too. If this sounds familiar, it’s because we’ve seen it before.

Looking at the chart below from the State Higher Education Executive Officers shows that state and local appropriations per full-time-equivalent student are generally down over a 25-year period. 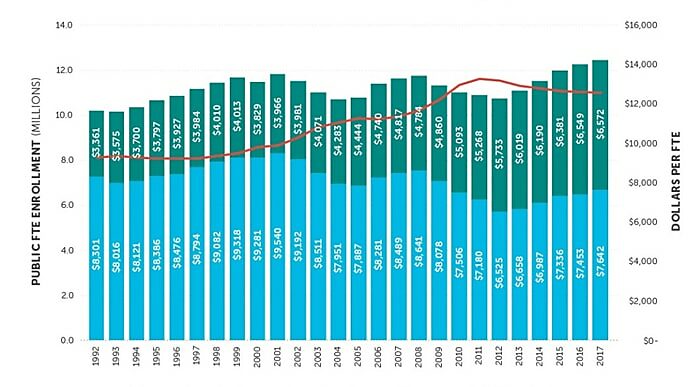 That decrease, however, is largely a function of big increases in enrollment, not tighter-fisted governments. Looking at the next chart shows that when you multiply enrollment by per-pupil allocation, total state and local appropriations have risen significantly, from $67.3 billion in 1992 to $84.1 billion in 2017, a 25 percent jump. 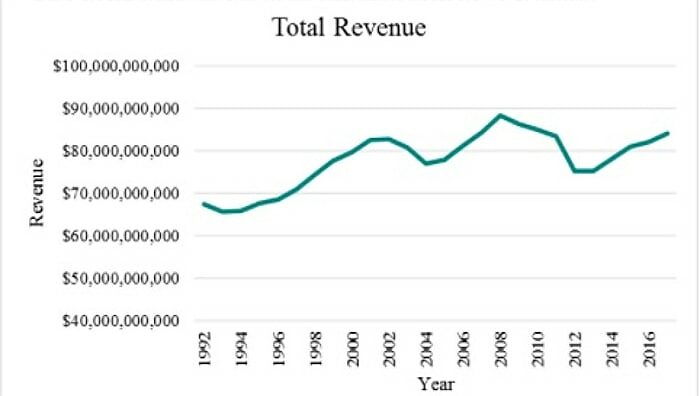 Perhaps the most important evidence for public policy, as I discussed in this paper, is whether the numbers support the assumption that college prices have had to rise because direct government support has fallen. There is a lot more going on in pricing than just these two things, but these basic numbers strongly indicate that the “cheap states” explanation for rampant price inflation falls seriously short. As you can see in the following figure, a smoothed trend line shows that appropriations per student dropped roughly $70 per year over the 25-year timeframe. 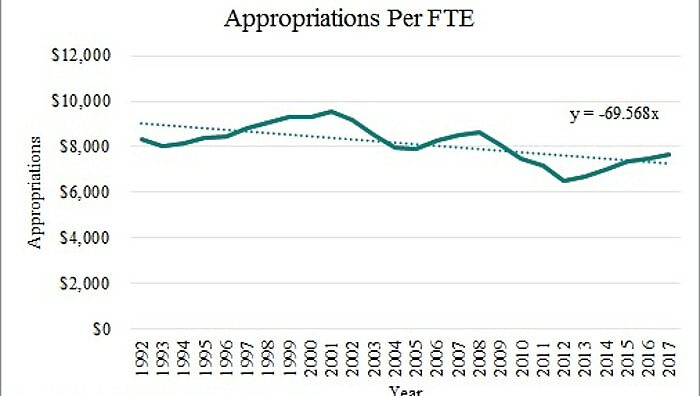 How much did revenue through students increase? Looking at the next figure, we see a smoothed trend of about $124 per year. 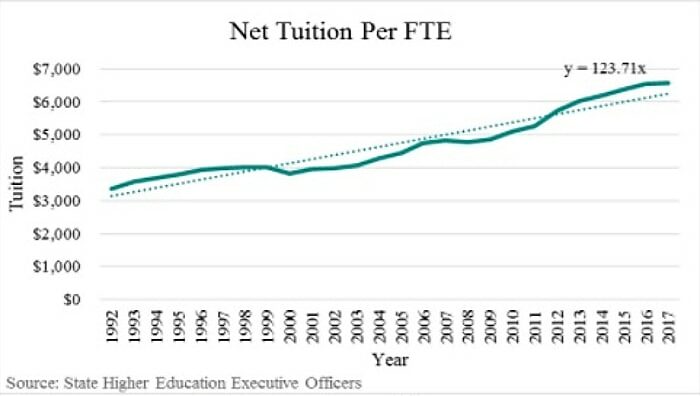 Once again, data strongly indicate that cheap state and local governments are not the college pricing problem. Maybe some other things—normal incentives and student aid, perhaps?—are also at play.

The Long‐​Run Effects of Teacher Strikes: Evidence from Argentina