Welcome back to Ninth Circuit Review‐​Reviewed, your monthly recap of administrative law before arguably “the second most important court in the land.” Let’s get straight to last month’s cases.

Continuing with Aaron’s theme from last Friday, this month’s lead story addresses the doctrinal leap taken by the Ninth Circuit on “competitor’s standing.”

In Admin Law 101, every student learns how Data Processing liberalized access to the federal judiciary. In that 1970 decision, the Supreme Court famously permitted a challenge to administrative action alleged to have caused competitive economic injury. Before Data Processing, this sort of indirect harm would have been too attenuated to pass constitutional muster in most lower courts.

More recently, the D.C. Circuit has propelled the doctrine of competitor standing to new frontiers. It started with Shays v. FEC (2005), when the court first applied the principle to the non‐​business sphere—regulated elections—by analogizing political contests with economic competition.

Last month, the Ninth Circuit built on these precedents in Planned Parenthood v. HHS, a statutory challenge to HHS’s criteria for the distribution of sex ed grants.

In nutshell, the panel hybridized its sister court’s orders in Shays and Sherley. The three‐​judge panel applied competitor’s standing to a non‐​economic actor (that’s the Shays component) who “competes” for government benefits (the Sherley part).

Strangely, the Planned Parenthood panel mentioned neither Sherley nor Shay, though it did cite a subsequent case from the D.C. Circuit. Instead, the panel relied primarily on recent Supreme Court jurisprudence regarding the Constitution’s Equal Protection Clause, which strikes me as being far removed from the statutory challenge at issue in Planned Parenthood.

This is a case to keep an eye on. The D.C. Circuit already was pushing the envelope with competitor’s suits. The Ninth Circuit just turned the dials to eleven. It’s not hard to imagine the government viewing Planned Parenthood as a fine vehicle to curtail the doctrine of competitor standing.

In 2015, a group of children filed suit in a federal district court in Oregon, alleging that the government infringed on their putative constitutional right to a climate unaffected by anthropogenic global warming. As a remedy, the Juliana plaintiffs sought for the court to order the government to draw up a comprehensive climate plan–one that is subject to judicial approval and ongoing oversight.

I’ve reviewed the court’s decision elsewhere. The key takeaway is that the Ninth Circuit acted belatedly, and only after being prodded from above.

Juliana’s cause of action foundered on justiciability. If the plaintiffs had their druthers, a single federal district court judge would become, after the president, the most powerful official in the country. Obviously, that’s a problem.

Nevertheless, the trial court and the Ninth Circuit denied multiple motions and petitions to end the case. Notably, the district court judge even refused to certify her orders for interlocutory appeal—that is, she refused to allow the government to appeal her procedural orders before the case went to trial.

The case lingered for years.

At various points during the litigation, the federal government asked the Supreme Court for relief. In denying these motions as untimely, the Court included language that unequivocally imparted its concern regarding the constitutional viability of the claims at issue in Juliana.

In July of 2018, for example, the Court observed that “The breadth of respondents’ claims is striking,” and further directed the lower courts to “take [justiciability] concerns into account.” A few months later, the Court basically ordered the Ninth Circuit to hear the federal government’s appeal (on justiciability grounds).

Having had its hand forced by the high court, the Ninth Circuit “reluctantly” dismissed the case. In so holding, the split panel determined that the plaintiffs failed on the “redressability” prong of standing. Again, this strikes me as obvious, given the impossibly broad scope of the requested remedy.

The Undisputed Second Most Opinionated Court in the Land

In 2016, Aaron registered his surprise that “there aren’t really that many dissents or concurrences” in the D.C. Circuit. He chalked it up to that court’s “collegial” nature.

The Ninth Circuit is different. A lot different. Every month, there are multiple separate opinions.

It’s not just a matter of volume. The Ninth is also an innovator in procedural form. On this blog, I’ve discussed how senior status judges have found a voice in the en banc process through opinions “respecting the denial of rehearing.” Last month, I blogged about Judge Bybee’s invention of the opinion “concurring, perplexed and perturbed.”

Nor do these opinions mince words. Typically, it’s a cri de coeur, which is how I described a recent dissent by Judge Daniel Collins, one that tore into Chevron and its corollary doctrines of deference.

Last month was no different. In Lopez‐​Aguilar v. Barr, Judge Susan Graber wrote separately to ask “the Supreme Court or Congress to rescue us from the morass of the categorical approach” for reviewing deportations in immigration law. (For more on the arcane “categorical approach,” see this prior post).

On January 13th, a Ninth Circuit panel handed down an opinion in Jauregui‐​Carenas v. Barr, to which Judge Marsha Berzon wrote separately to announce “it is time to revisit whether this phrase [“crime involving moral turpitude”] is unconstitutionally vague.” Previously, I’ve blogged about similar (and similarly bold) concurring opinions by Berzon and her colleague Judge John Owens.

I don’t have the statistics, but it seems safe to say that judges on the Ninth Circuit bench write significantly more separate opinions than judges in other circuit courts. As for the cause of this disparity, I suspect it’s the simplest explanation: The Ninth Circuit hears a lot more cases.

On January 13th, an injustice was averted when a majority of nonrecused active judges voted to rehear Torres v. Barr before the full court.

I wrote about this peculiar case back in July. In Torres, the court sided with the government out of respect for circuit precedent. Nonetheless, all 3 judges on the Torres panel joined a concurring opinion arguing that the circuit’s precedent was wrongly decided.

Of course, only an en banc court can overturn a three‐​judge panel’s precedent. If the full court had voted against a rehearing, then the petitioner in Torres would have persuaded a unanimous three‐​judge panel on the merits, yet still lost. By avoiding this anomalous and unfair outcome, the court does Lady Justice proud. 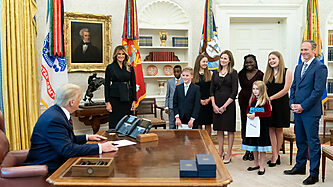 If Barrett Is Confirmed, Trump Should Fill Her Vacancy on the Seventh Circuit

Americans Should Remember the Ninth Amendment

There’s More to Educational Freedom Than the Espinoza Ruling