The Supreme Court has made clear that the Alien Tort Statute (ATS) must be interpreted with rigor and care. Under Sosa v. Alvarez‐​Machain (2004), to recognize a cause of action under the ATS, courts must find not only (1) that the norms at issue are specific, universal, and obligatory under the law of nations, but also (2) that proceeding with the case under the ATS is a proper exercise of judicial discretion, as opposed to deferring to Congress to grant specific authority.

Sosa instructs that a claim under international law must have as “definite content and acceptance among civilized nations” as the three “historical paradigms familiar when [the ATS] was enacted” in 1789: “violation of safe conducts, infringement of the rights of ambassadors, and piracy.” This first step of the Sosa test must be applied rigorously because the ATS is “strictly jurisdictional.” Every time a court recognizes a new international law norm under the ATS, it expands the original jurisdictional mandate, as Justice Neil Gorsuch noted in his concurrence in Jesner v. Arab Bank (2018). Accordingly, the Court cautioned in Sosa that ATS claims must be “subject to vigilant doorkeeping.” This doorkeeping mandates that the requisite international law norms arise from cognizable authorities: a claim in a self‐​executing U.S. treaty or a treaty incorporated in U.S. law, “controlling executive or legislative act or judicial decision,” or a specific consensus establishing normative practice among “the customs and usages of civilized nations.” In contrast, those norms cannot arise from a handful of treaties to which the United States or other major states are not parties or a wide array of diverging state practice.

The Theories of Liability in Nestlé are Insufficiently “Specific, Universal, and Obligatory”

Two types of conduct under international law are at issue in the Nestlé v. Doe litigation: (1) corporate conduct and (2) aiding and abetting conduct. There is no norm under international law as to either. As our amicus brief details, a survey of major jurisdictions shows a broad array of state practice relating to corporate liability (both criminal and civil), particularly as to whether and how a corporation takes the requisite actus reus (law‐​breaking action) and acts with the requisite mens rea (law‐​breaking intent). Significantly, state practice varies widely with respect to when and how corporate conduct can give rise to conduct punished as aiding and abetting.

International law is not like common law and is not revealed by examining different international tribunal rulings. For purposes of Nestlé v. Doe, no U.S. treaty, controlling executive or legislative act or judicial decision provides the requisite international law norms at issue. And resort to customs and usage reveals substantial variations among state practice that confirm the absence of a normative consensus. As the Court also made clear in Sosa, a “high level of generality” isn’t enough: there’s no norm as to “arbitrary detention,” for example, even though many nations recognize such a norm because “that consensus is at a high level of generality.”

Moreover, the Court explained in Kiobel v. Royal Dutch Petroleum (2013) that identifying “international law norms that are ‘specific, universal, and obligatory’ … is only the beginning of defining a cause of action” under the ATS. Even if corporate aiding and abetting liability for crimes under international law were sufficiently normative, Jesner explained that “it must be determined further whether allowing th[e] case to proceed under the ATS is a proper exercise of judicial discretion, or instead whether caution requires the political branches to grant specific authority” before corporate conduct liability — including, at a minimum, corporate conduct for aiding and abetting liability — “can be imposed.”

The Nestlé case is an instance of the latter— Congress must grant specific authority — for two reasons: (1) the nature of aiding and abetting liability generally has required legislative action, even within the confines of U.S. law, and particularly for corporate aiding and abetting; and (2) the significant disparities in how corporate conduct is assessed under the laws of major nations and the remote nature of the claims being asserted.

Finally, the different ways that countries have addressed corporate conduct relating to violations of international law, including global supply chain legislation pending in Congress, highlights that this is an area for legislation, not judicial decision making. This is particularly true where the principal conduct occurred far away and would require U.S. courts to seek the cooperation of parties and governments accused of wrongdoing and yet beyond the reach of U.S. jurisdiction.

In sum, the Supreme Court should—and likely will—reverse the Ninth Circuit with respect to corporate liability under the ATS.

After Bostock, We’re All Textualists Now

Who Needs Judges? Progressives Discover the Virtues of Democracy! 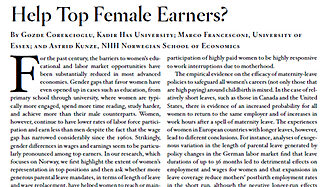