On March 16th, the New York Times carried reportage by Peter S. Goodman, Keith Bradsher and Neil Gough, which was titled “The Fed Acts. Workers in Mexico and Merchants in Malaysia Suffer.” The theme of their extensive reportage is that U.S. monetary policy is the elephant in the room. It is the elephant that swings exchange rates and capital flows to and fro in emerging‐​market countries, causing considerable pain.

Emerging‐​market countries should dump their central banks and local currencies.

The real problem that all of the countries mentioned in the New York Times reportage face is the fact that they have central banks that issue half-baked local currencies. Although widespread today, central banks are relatively new institutional arrangements. In 1900, there were only 18 central banks in the world. By 1940, the number had grown to 40. Today, there are over 150.

Before the rise of central banking the world was dominated by unified currency areas, or blocs, the largest of which was the sterling bloc. As early as 1937, the great Austrian economist Friedrich von Hayek warned that the central banking fad, if it continued, would lead to currency chaos and the spread of banking crises. His forebodings were justified. With the proliferation of central banking and independent local currencies, currency and banking crises have engulfed the international financial system with ever-increasing severity and frequency. What to do?

The obvious answer is for vulnerable emerging-market countries to do away with their central banks and domestic currencies, replacing them with a sound foreign currency. Panama is a prime example of the benefits from employing this type of monetary system. Since 1904, it has used the U.S. dollar as its official currency. Panama’s dollarized economy is, therefore, officially part of the world’s largest currency bloc. 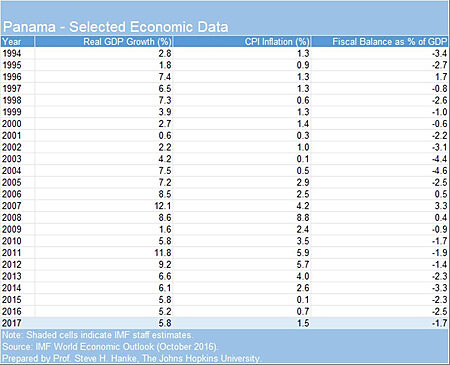 To avoid the pain described in the New York Times reportage, emerging-market countries should dump their central banks and local currencies. They should follow Panama’s lead and adopt a stable foreign currency. Or, they could install a competitive currency regime, which would allow for more than one foreign currency to be used.