A decade after the financial crisis, and in the wake of President Trump’s election and Brexit, one might expect Left‐​wing critiques of the “era of neoliberalism” and the Anglo‐​Saxon “economic model” to be ten a penny. But as political tectonic plates shift, criticism of free market economics is no longer confined to the Left.

“The free market has been sorting it out and America’s been losing,” Mike Pence, the Vice‐​President of the US, said back in 2016, signifying this turn. Binyamin Appelbaum, a member of the New York Times editorial board, could hardly have hoped for a more receptive political environment for his first book, The Economists’ Hour: How the False Prophets of Free Markets Fractured Our Society.

It promises to tell the tale of how “a new breed of economists … gained in influence and power” after the Sixties to push a free‐​market policy revolution. Professional economists placed much too much faith in the market to deliver “steady growth and broad prosperity,” we are told. Their influence permeated “too far,” resulting in policy outcomes that came “at the expense of economic equality, of the health of liberal democracy, and of future generations”.

This central stated thesis of The Economists’ Hour’s sleeve is seemingly threaded together awkwardly through the book as an afterthought, but the read is better for its lack of centrality. Instead, at its core, and at its best, this is instead a highly readable, exhilaratingly detailed biographical account of the intellectual catalysts of major policy change in America over five decades, whose influence, of course, filtered into policy change in Britain.

Appelbaum walks us through the debates that led to the shift to the macroeconomic primacy of monetary policy, the adoption of consumer welfare as the standard for competition policy decisions, the supply‐​side tax‐​cutting revolution, the adoption of cost‐​benefit analysis for regulation, and more. His brisk sweep shows an impeccable understanding of the issues and their intellectual history.

Accounts are made richer through focus and detail on the personal role of economists in turning the policy tides. We enjoy a biographical account of Milton Friedman’s crucial role in the abolition of the American military draft and in slaying Keynesian economics; Thomas Schelling, who drove “the value of a human life” into policy analysis; and Robert Mundell, who made the case for supply‐​side economics. In the UK, their ideas were fed primarily through free‐​market think tanks to politicians such as Keith Joseph, Nigel Lawson, and, of course, Margaret Thatcher.

Economists really did help shift certain policy towards more market‐​friendly ideas then, as Applebaum documents, on both sides of the Atlantic. But his nuanced account of these changes is spoiled by top‐​and‐​tailing his scholarly study with a tortured Left‐​wing narrative about the supposed disaster wrought — with economists held up as the bogeymen for all society’s ills.

First, he hugely exaggerates what free‐​market economists, overall, achieved. He ignores the huge growth in the welfare state that is leading western countries into a fiscal demographic time bomb, dysfunctional housing markets, and the severe disruption caused by Mr Trump’s misguided trade war. In all these areas, free market economists oppose the “consensus,” and ignoring them has brought clear negative consequences.

He is also too quick to attribute economic thought to ideology, when most policy developments trailed new knowledge or, at least, the clear and obvious failure of the status quo. Milton Friedman’s monetarist criticism of Keynesian government spending was first seen as heretical, for example. It was only accepted when his model appeared to explain the stagflation (high and rising inflation and high unemployment) of the Seventies. Since then, macroeconomic understanding has developed further.

In fact, Appelbaum’s own accounts show the Keynesian‐​monetarist debates of the Sixties and Seventies, the battles over the efficacy of tax cuts, and the recent stimulus vs. austerity debate of 2008–2012, were debates between prominent economists as much as anything else. It goes too far to suggest there was a broad “neoliberal” consensus among economists, and where one did exist (for example, against rent controls or tariffs), it was because theory and the best available empirical evidence pointed in a clear direction. Britain’s political class adopted ideas from America because they were regarded as best practice, not because our politics was captured by economists.

This book would therefore be stronger if it were pitched as a narrower critique of the influence of some economists in some policy areas. Even then, though, it would disappoint against its advertised narrative. That’s because all government policy decisions are ultimately economic and though Appelbaum complains free‐​market policies were destructive, he offers no framework to weigh up these supposed failures against alternatives.

The shift towards prioritising low consumer prices in competition for example, for example, has taken “a toll on democracy” through the creation of big and powerful firms, according to Appelbaum. But no explanation is given on how an explicit effort to stop the creation of these firms might have led to the break‐​up of companies otherwise delivering lower prices and innovation to consumers.

In fact, no reader could ascertain in which areas Appelbaum believes it obviously true that free‐​market ideas went “too far” or where, instead, they should have stopped. Does he favour the return of a U.S. military draft? Does he think it’s wrong for regulatory analysis to seek to value a human life? Does he think the 70s and 80s U.S. transport deregulations that improved customer outcomes were a mistake? Reading the book leaves you none the wiser — but that they are written about extensively in a tome promising to expose how economists took things too far suggests he well might.

Opportunity cost — the cost associated with the next best alternative forgone — is a central pillar of economics. In denouncing economists’ influence, Appelbaum doesn’t attempt to assess what we missed out on, and how we should weigh these alternative worlds against what we’ve actually experienced. The result is that an otherwise excellent tale of how economists’ ideas changed the world is sullied by throwaway claims about their supposed negative consequences. It turns out it’s easier to bash professional economists than engage in the hard scenario analysis that they undertake every day. 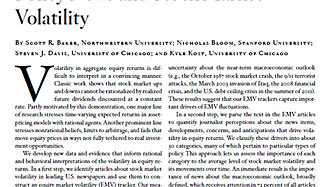 Farewell to the CFA Franc: Macron and Ouattara End a Colonial Relic