President Trump had been hoping to pivot to the relatively bipartisan agenda of infrastructure last week. Already, though, cross‐​party cooperation looks like wishful thinking.

The administration’s 2018 budget allayed conservative fears that the new president planned a mammoth federal infrastructure splurge. Trump proposes federal government funding increases of $200 billion over a decade, but the aim is to use this to harness $800 billion in state and private investment. Instead, the budget ignited liberal fears about private sector involvement.

The Republicans are right that there’s much room for private sector infrastructure investment, but Democratic concerns about some forms of private involvement should not be entirely discounted. As bad as the record of traditional government procurement is, the U.K. experience shows the government can be terrible at negotiating long‐​term contracts too.

The administration’s infrastructure initiative last week showed a welcome desire to think long‐​term about infrastructure rather than just throw more money at it.

Let’s start with the successes. The EU has 60 fully‐​privatized airports. Japan’s private railway system is regarded as the best in the world. Canada has a well‐​regarded private air traffic control system. Many countries, such as Canada and Australia, have successfully made much more extensive use of P3s.

Public‐​private partnerships can impose commercial discipline into construction and maintenance of infrastructure, leading to timelier and less‐​costly delivery. Up‐​front construction is financed by the private entity, which is then granted a long‐​term contract to operate and maintain the asset. For payment, the private entity may charge user fees (such as tolling) or collect taxpayer payments if the contract conditions are met.

P3s with user fees, such as tolls, seem to work well. Having one entity construct and maintain the asset, there is a strong incentive to minimize lifetime costs, and some risks are shifted to the private sector. P3s of this kind can deliver road infrastructure on time and within budget. In Virginia alone, for example, the Dulles Greenway opened in 1995 and was financed entirely through private investment. Toll lanes on the Capital Beltway, the Midtown Tunnel and the Jordan Bridge have all been financed overwhelmingly by private investment.

Democrats often ask, “What about maintenance of existing infrastructure and rural roads and bridges where no user fees are possible?” P3s can, in fact, be designed such that private contractors collect regular payments from government via taxpayers. But these were used in building hospitals and schools through the 2000s in the U.K., with disappointing results and a huge political backlash.

By 2004, P3s accounted for 39 percent of capital spending by U.K. government departments and over 500 were in operation by 2008. They were attractive to the then‐​Labour government because the financing appeared “off balance sheet” as contingent liabilities. This allowed the government to facilitate lots of up front capital investment quickly, with taxpayers on the hook through high lifetime payments.

Assessments by the U.K. National Audit Office and House of Commons Treasury Select Committee found that these P3s were associated with high capital costs not compensated by savings elsewhere. Badly‐​negotiated, inflexible contracts cost taxpayers dearly. Many hospitals now face huge deficits as a result. The process of contract bargaining was often hostile and plagued by unnecessarily expensive bundled services. A U.K. newspaper investigation recently found one school in Bristol will end up paying $10,500 for a single window blind in a room.

What went wrong? The main problem seems to have been that the government was a bad customer. The departments often did not have the skills or experience to negotiate with commercially‐​minded contractors on everything from construction to facilities management.

There was insufficient consideration of risk, and bureaucrats continually tweaked proposals, adding delays and further costs. That some projects were also regarded as “essential” meant the real risk still lay with taxpayers too — especially given many projects were dogged by political interference.

There are clear lessons for the Trump administration and state governments. Do not rush into P3s just to bring new infrastructure on‐​board early. Using P3s as a mortgaging device will prove politically unpopular and leave taxpayers with huge burdens. Perhaps more importantly though, spend some time getting contract design right before diving into these types of agreements.

The administration’s infrastructure initiative last week showed a welcome desire to think long‐​term about infrastructure rather than just throw more money at it. P3s can clearly play a useful role in delivery but are no panacea to bring on spending quickly and unthinkingly to hit President Trump’s arbitrary $1 trillion spending target. 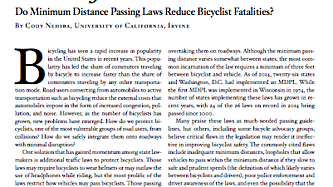