In recent days, the House of Representatives and President Trump have offered starkly different strategies for how to cure our ailing economy. The House’s remedy costs trillions of dollars, on top of trillions already spent. The president’s relief, by contrast, wouldn’t involve a cent in new spending.

On May 15th, the Democrat‐​controlled House passed the Health and Economic Recovery Omnibus Emergency Solutions Act. This is the third major stimulus passed by the “people’s body” in response to the COVID-19 crisis. The “HEROES” Act contains $3 trillion in new spending, in addition to the $3.6 trillion previously provided by Congress to defibrillate moribund markets. So, that’s one strategy to get the economy going — spend evermore gobs of public money.

Less than a week later, on May 20th, President Trump showed another way. In an executive order titled, “Regulatory Relief to Support Economic Recovery,” Trump directed regulatory enforcers to temporarily lay off, so long as regulated parties are acting in good faith. The idea is to give the economy some breathing space from overbearing government and thereby facilitate a faster recovery from the COVID shutdown.

If government simply relaxed its grip on the economy, then the drivers of wealth creation — entrepreneurship, innovation, and investment — would flourish on their own accord.

Instead of spending, the president’s order would stimulate the economy through deregulation.

Trump, to his credit, was pushing this bright idea before his first day in the Oval Office. On the campaign trail, he had promised repeatedly to spur economic growth by removing two rules for every new regulation that takes effect.

The president, moreover, has remained committed to deregulation throughout his first term. While implementation of Trump’s “2‐​for‐​1” order has been uneven, the current administration has notched notable successes in regulating the regulators.

For example, the Justice Department convinced the Supreme Court to abandon a doctrine of obsequious judicial “deference” that had been crucial to the growth of the administrative state. And the Office of Management and Budget is overseeing institutional reforms to reduce inequities in rule‐​writing and regulatory enforcement.

The problem is that one presidential administration can achieve only so much. Legislation is the ultimate source of all regulatory authority. It follows that Congress possesses far greater deregulatory power than the president.

More broadly, there is little permanence to actions undertaken by the Trump administration. As a rule of thumb, anything a president does can be undone by a subsequent president.

The upshot is that the most meaningful deregulatory stimulus must come from Congress. Unfortunately, the concept is largely unknown on Capitol Hill. In both the House and Senate, lawmakers from both parties reflexively reach for the nation’s credit card as a panacea for all ills that beset the American economy.

Any merits of the $3.6 trillion in COVID-19 stimulus passed by Congress — so far — aside, no one can seriously claim these massive bills were anything but knee‐​jerk reactions. All these measures were written behind closed doors by party leaders, without any hearings or deliberation.

The HEROES Act amounted to more of the same. Congress has not even started oversight of the $3.6 trillion in existing stimulus, yet the House of Representatives just passed $3 trillion in new outlays. All told, the House’s spending in response to the COVID-19 crisis adds up to almost 30 percent of the U.S. GDP last year — and that’s independent of “normal” appropriations to keep the government running and entitlements flowing.

At the very least, Congress should pause before it takes up another big bucks bill so that lawmakers may assess how the previous money has been spent. There are daily media reports of misappropriated stimulus spending; Congress should get a handle on money that’s already out the door before it spends trillions more.

Better yet, Congress should take a cue from President Trump and consider employing deregulation as an engine of economic recovery. In fact, American markets do not need to be “stimulated” by mountains of public money. If government simply relaxed its grip on the economy, then the drivers of wealth creation — entrepreneurship, innovation, and investment — would flourish on their own accord.

Trump understands this and acts accordingly. Congress should give it a try. 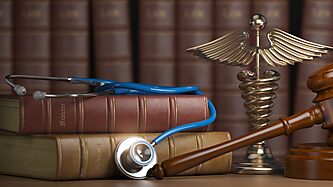 In a Win for Consumers, a Court Ruling Affirms the Legality of Short‐​Term Health Insurance Plans