The new millennium has brought unprecedented growth and prosperity to much of the developing world. 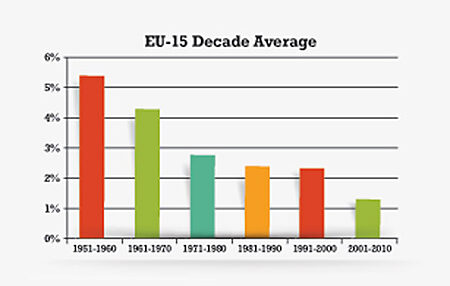 It would be a pity if increased fiscal burdens — such as higher corporate tax rates — were to put sand in the gears of that growth and undermine this happy period of economic expansion. Unfortunately, a toxic combination of government overreach and advice by well-meaning but misguided NGOs might accomplish exactly that.

The 21st century so far has been very positive for the developing world. Even Africa, a relative laggard in terms of economic development, has enjoyed respectable growth. Real gross domestic product has been ticking along at an average annual rate of 4.8 percent, while per capita income has grown by roughly 40 percent. Mercifully, the Great Recession left much of the developing world, especially Africa, relatively unscathed.

The benefits to ordinary people have been impressive. The share of Africans living on less than $1.25 per day fell from 56 percent in 1990 to 48 percent in 2010. That is all the more remarkable considering that the continent’s population almost doubled in size. If the current trend continues, Africa’s poverty rate will fall to 24 percent by 2030.

In addition, per-capita caloric intake has increased from 2,150 kcal in 1990 to 2,430 kcal in 2013. As a result of improving nutrition, famines, such as the one that struck Ethiopia in the 1980s and Somalia in the 1990s, have disappeared outside of the war-zones. Moreover, between 1990 and 2012, the percentage of the population with access to clean drinking water increased from 48 percent to 64 percent.

If the goal is to have African nations copy the successful growth spurts of western nations, then the latter’s experience implies that high levels of government spending are not necessary.

Many African countries have also seen dramatic falls in infant and child mortality. Over the last decade, for example, child mortality in Senegal, Rwanda, Uganda, Ghana, and Kenya declined at a rate exceeding 6 percent per year.

And that may happen if policy makers decide to adopt a more hostile approach to entrepreneurs and investors. Specifically, African governments are urged to take a stance against so‐​called tax havens, which are alleged to deprive the former of significant chunks of tax revenue.

In part, this is a story of wealthy Africans taking their capital out of Africa, having it managed by institutions in various international financial centers, including New York and London, and then, presumably, not declaring their income and assets on their tax returns.

Oxfam, a British charity, has argued that this kind of tax maneuvering by multinational companies is entrenching poverty and weakening developing countries’ economies. According to Oxfam, “Developing countries lose an estimated $100 billion to $160 billion annually to corporate tax dodging.” As such, Oxfam has urged the G20 to rewrite international tax laws so that “developing countries are not taken advantage of by the rich.”

There are many problems with Oxfam’s argument. First, there are the factual incongruities. As my Cato Institute colleague Dan Mitchell pointed out, “a large share of supposed foregone revenue … comes from a calculation of multinational tax revenues in which Oxfam makes up figures for both corporate profits and corporate tax rates. Foregone taxes on individual savings are claimed to ‘cost’ governments about $15 billion, but this is also based on false tax rates.”

As Mitchell also avers, “There is a pro‐​growth impact of lower tax rates which Oxfam ignores.”

But there’s also a compliance argument for lower rates. Companies wouldn’t have much incentive to abuse transfer pricing rules if African nations had attractive corporate tax systems. And the issue would disappear entirely if these countries simply got rid of their corporate tax regimes altogether. This is not a fanciful idea. Estonia, a member state of the European Union, has had a zero percent corporate tax on reinvested profits and high growth since becoming independent in 1991.

Additionally, African taxes cannot be considered separately from the African business environment as a whole. Africa has one of the world’s riskiest business environments. Government accountability and transparency are low. The rule of law and protection of property rights are weak. Corruption is high. In a sense, low taxes compensate domestic and foreign investors for shortcomings of the business environment that are more difficult to address: a low tax rate can be legislated overnight, but corruption‐​free bureaucracy takes generations to accomplish.

What’s true for corporations is also true for individuals. Many wealthy Africans continue to work and create wealth in the difficult African business environment in part because they know that at least a portion of their wealth is safe from inflation and predation.

Second, the argument in favor of higher personal and corporate income taxes assumes that governments in the developing world will use the additional tax revenue to improve the standard of living of their people by building better roads, more schools and hospitals, etc.

This, unfortunately, is a non‐​sequitur. Many governments in the developing world, especially Africa, are corrupt and authoritarian. It is that corruption and lack of accountability that are primarily responsible for poverty in the developing world. Axiomatically, if poor countries were better governed and followed more sensible economic policies, they would be less poor.

Of course, it could be argued, after satiating the appetites of the ruling elites, some portion of the tax revenue, however small, would eventually be used for purposes that benefit the ordinary people. Unfortunately, the part of the additional tax revenue that would be expropriated by the corrupt elites will likely serve to entrench the rule of those same elites.

African leaders have a long history of using the public treasury to buy off the leaders of the opposition and arm the police, rather than feeding their starving people. Mobutu Sese Seko of Zaire has done so successfully in the past and Jose Eduardo dos Santos of Angola is doing so, with great success, today.

Third, the argument in favor of higher tax revenues assumes that government spending is an efficient driver of economic growth. This is a common misperception in the West, which is now being applied, with potentially disastrous consequences, to the developing world.

In America, for example, Hillary Clinton has argued that more revenue improves economic development and the “rich people … [who] do not contribute [jeopardize]… the growth of their own countries.” She has urged “the wealthy across the Americas to pay their ‘fair share’ of taxes in order to eliminate poverty and promote economic opportunity for all.”

Is the former Secretary of State correct? Are developing nations suffering from inadequate levels of public spending? Is there a need for more revenue to finance bigger government so that national economies can grow faster?

Before answering these questions, it helps to know the data. According to the International Monetary Fund, government outlays consume, on average, about 27 percent of economic output in sub‐​Saharan nations. But this doesn’t mean much unless we also have some idea of the amount of government required to provide growth‐​enhancing public goods.

While there is no consensus on that issue, it’s worth pointing out that the burden of government spending averaged only about 10 percent of economic output in North America and Western Europe through the late 1800s and early 1900s — the period when the nations in these regions enjoyed huge increases in living standards and evolved from agricultural poverty to middle‐​class prosperity.

If the goal is to have African nations copy the successful growth spurts of western nations (keeping in mind that per‐​capita economic output today in sub‐​Saharan Africa is roughly equal to per‐​capita GDP levels in Western nations in the late 1800s), then the latter’s experience implies that high levels of government spending are not necessary. Indeed, too much spending presumably hinders growth by leading to the misallocation of labor and capital.

Moreover, it should be pointed out that the United States and other currently rich countries also had no income taxes when they made their big improvements in economic status.

But, let’s also look at more recent data. During the course of the 20th century, government spending as a percentage of GDP has grown massively in developed nations. According to Vito Tanzi of the Carnegie Endowment for International Peace, as late as 1960, the governments of European countries, including Sweden, consumed “only” 30 percent of their GDPs. By 2010, however, the four largest European economies (i.e., France, Germany, Italy and the United Kingdom) spent between 40 percent and 50 percent of their GDPs.

Yet, growth rates have been falling. In fact, in the original 15 Western European countries, growth has declined every decade since the 1950s. Considering the terrible economic situation in Western Europe after the Great Recession and the subsequent eurozone crisis, growth during the present decade may be the lowest yet. In his recent book ‘Government Size and Implications for Growth,’ published by the American Enterprise Institute in Washington DC, Andreas Bergh of the Ratio Institute in Stockholm and Magnus Henrekson of the Research Institute of Industrial Economics in Stockholm reviewed the relevant literature.

They found that the growth of government expenditure negatively affects economic growth in wealthy countries, except for Scandinavia. A 10 percentage point increase in the size of government, they found, lowered annual growth rates by between 0.5 percent and 1 percent. In other words, evidence shows that the link between government spending and growth appears to work in the other direction from what Oxfam and others would like us to believe. Higher tax burdens would hurt Africa, not help.

Of course, not all government spending is bad for growth. Upholding the rule of law and protecting property rights costs money, but helps growth. Historically, African governments have been at their weakest when providing for these “night watchman” functions of the state. And their economies suffered as a result.

Were African governments to focus on a set of narrow, clearly defined goals, they would find plenty of revenue to finance their accomplishment — without having to resort to punitive tax policies that are likely to undermine Africa’s long term economic prospects.