Charges that Syrian President Bashar al-Assad’s government used chemical weapons sparked an expression of presidential outrage against Assad and Russian President Vladimir Putin. The claim also triggered a surge in congressional demands that the Trump administration do something. As usual, Sen. Lindsey Graham demanded war, claiming that this time, like most every other time he urged military action, will be a “defining moment.”

The president risks further entangling the U.S. in another unnecessary Mideast conflict and intensifying the estrangement between Washington and Moscow.

However, President Trump should not let a Syrian chemical strike divert him from objectives which, though unpopular in Washington, are best for the country. Withdrawing from Syria and improving relations with Russia both would make America safer.

President Barack Obama carelessly declared use of chemical weapons to be a redline, presumably to be enforced by Washington. But he chose not to act in 2013 after the American people made clear to Congress that they opposed war to punish the Assad government.

They were right. Chemical weapons are horrible, but so is war, especially low-tech conflict in urban areas. Chemicals are not mass killers like nukes. Indeed, in Syria it is bullets and explosives which have killed hundreds of thousands of people. It makes little sense to be unusually sensitive when a couple score people are allegedly killed by chemical weapons. 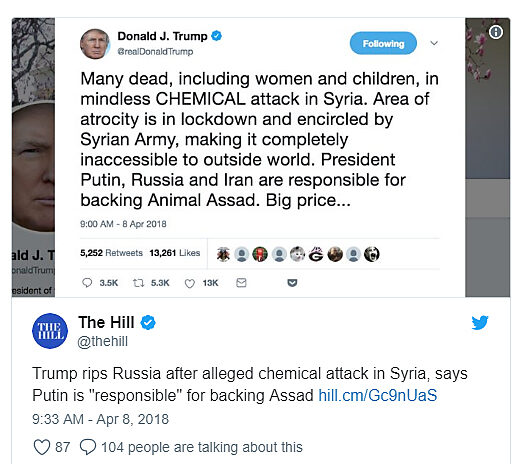 Trying to reduce the horror of war a bit does not justify U.S. involvement in the Syrian conflict, risking American lives and wasting American wealth for objectives unrelated to U.S. security.

Indeed, there is no simple response if Assad again gassed his own people. Another one-off attack, like last year, would be mostly for appearances. A more serious, sustained assault would risk U.S. losses and put Washington on a collision course with Moscow. Seriously damaging Assad's military assets wouldn't drive him from power, but would make him even more dependent on Iran and Russia. Weakening him sufficiently to reignite the opposition probably would generate more bloody chaos without ousting him.

Washington correctly points to Russia's complicity in any Syrian atrocities, though it likely would have been carried out without Moscow's knowledge. The U.S. had plenty of dubious military clients over the years — South Korea, South Vietnam, El Salvador, Afghanistan, and assorted rebel movements — which undercut American policy. Still, Russia has leverage given Damascus's desire for continued military support to eliminate rebel strongholds.

Moreover, Washington should acknowledge that its hands are not clean. The U.S. continues to back Saudi Arabia's brutal war in Yemen, highlighted by ongoing air attacks which have killed thousands of civilians. Worse, the Reagan administration sold Saddam Hussein dual-use products which helped him produce chemical weapons and provided him with intelligence to use those weapons against Iran. While U.S. hypocrisy does not justify other nations' crimes today, sanctimony undercuts Washington's credibility. 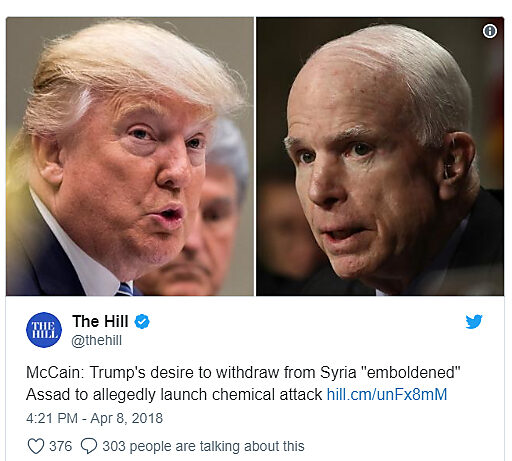 In any case, appropriate moral outrage against Syria and Russia should not divert the president from his determination to redirect U.S. foreign policy. First, it beggars imagination to believe that the surrounding states, movements, and their allies cannot deal with the 2 percent of the Islamic State caliphate estimated to remain. Washington broke ISIS at its peak; others can use their abundant militaries to complete the process. And no other objective could warrant war by Washington.

It is time to drop the chimerical objective of overthrowing Assad. The Obama administration’s policy was incoherent and incompetent, verging on the bizarre with support for radicals affiliated with al-Qaeda, which, of course, had attacked America. Proposals to occupy and dismember Syrian territory would achieve little, and lack both congressional authority and warrant in international law.

Iran and Russia were allies of Syria before the civil war and an American effort to preserve a de facto Kurdish state would not change that; to the contrary, Washington’s involvement would force Damascus to continue relying on Tehran and Moscow. Fear of an Iranian “land bridge” to Syria apparently assume that neither Damascus nor Tehran is aware of airplanes. Finally, Washington’s attempts to micromanage a conflict with little relevance to American security ensures that its Middle Eastern friends will never handle their own problems. 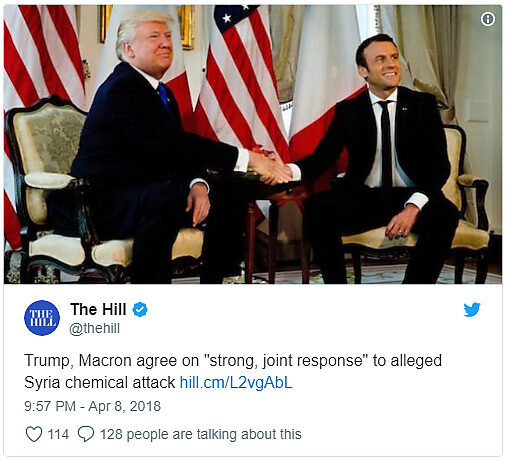 Moreover, better relations between the U.S. and Russia remain an important objective. Vladimir Putin is an unpleasant authoritarian, but Russia is not the Soviet Union and does not threaten America militarily. Moscow today is like the pre-1914 Russian Empire, determined to secure its borders and assert its interests, but with no evident aggressive ambitions.

Moscow’s brutal behavior toward Ukraine was no exception and does not threaten the U.S. or Europe. Although unjustified, Russia’s aggression was understandable, given the expansion of NATO contra the understanding of Russian leaders, dismantlement of Russia’s historic friend Serbia, support for “color” revolutions in Georgia and Ukraine to Moscow’s detriment, and support for a street putsch against the democratically-elected, pro-Russian leader in Kiev. Had the Soviet Union targeted Mexico in a similar fashion, U.S. officials would not have been pleased.

Meddling in America’s election did threaten a vital interest, the integrity of U.S. democracy, and warranted a tough response, but Washington should acknowledge its similar behavior. Carnegie Mellon’s Dov Levin figures that America intervened in 81 elections between 1946 and 2000, including the 1996 Russian contest, in which Boris Yeltsin narrowly defeated a resurgent communist party. Yeltsin, of course, paved the way for Putin to become president.

The Obama administration foolishly reversed Richard Nixon’s strategy of dividing Moscow and Beijing. Today they are cooperating, primarily united by opposition to America. However, Russia could help limit future Chinese ambitions, which pose a much greater potential threat to the U.S. Moreover, better relations with Russia would help Washington in Syria, North Korea, Iran, and elsewhere.

President Trump appears determined to act in response to the latest apparent chemical attack by the Assad government. However, doing so will achieve little. Worse, the president risks further entangling the U.S. in another unnecessary Mideast conflict and intensifying the estrangement between Washington and Moscow. Those would be a high price to pay for a response which would do little other than reinforce Washington’s already overweening moral vanity.