Few Supreme Court observers expect the current term to be quite as weighty as the term that ended this past June. Still, we’re off to a noteworthy start with a case — Weyerhaeuser Company v. U.S. Fish and Wildlife Service — that could have profound implications for the scope of the Commerce Clause and the extent to which courts defer to agency interpretations of federal law.

Weyerhaeuser has a long‐​term timber lease in Louisiana covering 1,500 acres on which the dusky gopher frog, an endangered species, does not live. In fact, all 100 dusky gopher frogs live in one pond in Mississippi. But the U.S. Fish and Wildlife Service interprets the Endangered Species Act to permit restrictions on land that — sometime down the road — might become the frog’s breeding ground. Never mind that the Louisiana acreage is not currently inhabited by the frog, hasn’t been inhabited by the species for more than 50 years, doesn’t play a supporting role hosting the species, and could not become a suitable habitat without substantial alterations and ongoing maintenance. Is it plausible that such property could be considered “critical habitat” that is “essential to the [frog’s] conservation,” as required by the Act? 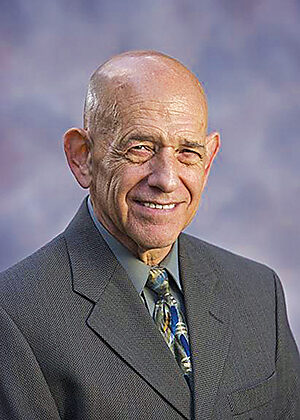 “Yes,” says the Service. With appropriate site modifications, if the frogs are translocated, that could potentially create a meta‐​population. But here’s the flaw in that logic: critical habitat must first be habitat, which means a place where the species naturally lives or could naturally live. Yet all parties agree that the dusky gopher frog cannot currently live on the Weyerhaeuser acreage. And because the property is privately owned, the Service can’t compel the owners to create a new home for the frog. Ergo, because the land is not habitat, it can’t possibly be critical habitat or essential to species conservation. To hold otherwise would allow a federal agency to take jurisdiction over nearly every parcel of private land. And, in this instance, it would cost $34 million in lost development value, according to the Service’s own estimate.

The implications are far‐​reaching. First, there is no constitutional authority for the federal government to regulate land simply because it exists. Under the Commerce Clause, from which the Endangered Species Act supposedly emanates, the litmus test is economic activity. Originally, the Clause was thought to permit regulation only of trade across state borders. But that constraint was radically diluted in 1942 (Wickard v. Filburn) to cover any economic act that — in the aggregate — might have a substantial effect on interstate commerce.

A half century later, the Supreme Court was asked whether the Commerce Clause could conceivably extend to a non‐​economic act — possession of a gun near a school. In United States v. Lopez, the Court said “No.” Then came Obamacare and its proposed regulation of a non‐​act — an individual’s decision not to purchase health insurance. Although the Court upheld the regulation under the Taxing Power, Chief Justice John Roberts rejected the government’s Commerce Clause rationale. Obamacare’s mandate to buy insurance was just regulatory bootstrapping — forcing persons to engage in commerce, then proclaiming that they can be regulated because they are engaged in commerce.

Similarly, the mere existence of land does not constitute an act, much less an economic act. Something has to take place on the property to trigger Commerce Clause coverage. Land that isn’t inhabited and isn’t fit to be inhabited is self‐​evidently not a habitat, and it isn’t, therefore, subject to the Endangered Species Act. Second, and equally important, the Constitution does not let executive agencies amend statutes. Article I states that, “All legislative Powers … shall be vested in a Congress” that is accountable to the voters. But suppose that Congress enacts a murky law, and one of more than 300 agencies in Washington, D.C., is empowered to flesh out the details. The voters have no recourse against unelected bureaucrats. And to compound the problem, the Supreme Court ruled in Chevron v. Natural Resources Defense Council (1984) that courts must accept an agency’s reasonable construction of any ambiguity in a statute that the agency is responsible for administering. Weyerhaeuser isn’t asking the Court to rein in Congress’s overreaching delegation of lawmaking authority nor to overturn the Chevron doctrine, as legitimate as both of those actions might be. Instead, the petitioners argue sensibly that agencies must operate — even under Chevron’s deferential standard — within the bounds of reasonable interpretation. Plainly, it is not reasonable for the U.S. Fish and Wildlife Service to flout the Endangered Species Act by treating land as essential or critical habitat when it isn’t habitat at all.